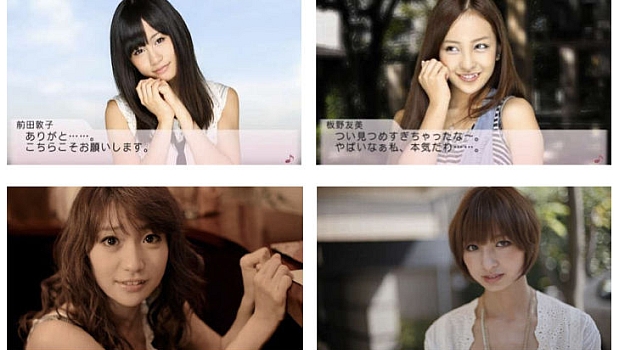 If you’re not up on the concept, in Japan there are these things called “idols”. They’re pretty much the equivalent of the average western manufactured pop star, though they generally have a more diverse range of talent and celebrity profile besides singing and performance.

AKB48 is one such idol group, and features no less than forty-eight girls (sixty-three depending on who you talk to) for nerds to fawn over. And now they’re getting a videogame.

It’s a dating sim, as you might imagine, and features over 10,000 pictures and eighty minutes worth of idol-loving video footage. Oh, and it comes in three special editions, including one with a special making-of UMD, kiss stickers from each girl, themed hardware covers, and strange things clearly designed to cause an idol overdose.

Even to an otaku weeaboo animu-loving person such as myself, this doesn’t feel quite right. One of the appeals of playing a dating sim is the idea that 2-D animated women are less complicated than real-life people. And even if an idol is possibly the closest you can get to making a 2-D person out of a regular-ass person, it still feels…off.

Well, whatever. Best case is that this is simple fan service, rather than a “Stalking for Dummies” guide.