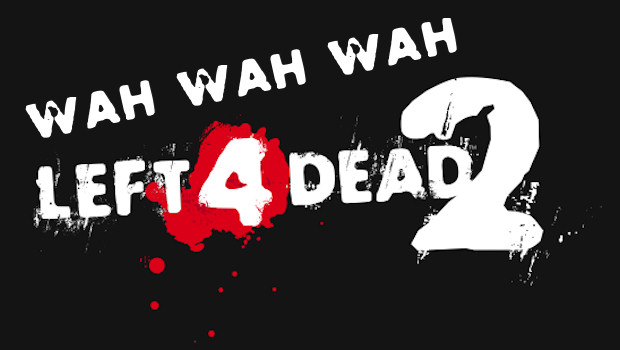 So, Left 4 Dead 2 is coming out, and people aren’t happy. This is to be expected, since gamers tend to be entitled, spoiled, and miserable with anything and everything. Arguably the best co-op shooter in years gets a sequel, and people complain. That’s the games industry for you.

Having wandered around the E3 showfloor and played the game myself, I’ve heard a number of complaints about the game. About how Valve is selling out, how the original Left 4 Dead won’t get supported, and how it’s simply too soon for a sequel. These people really should STFUAJPG. Seriously.

Read on as we discuss the BAAAAW’ing over Left 4 Dead 2. 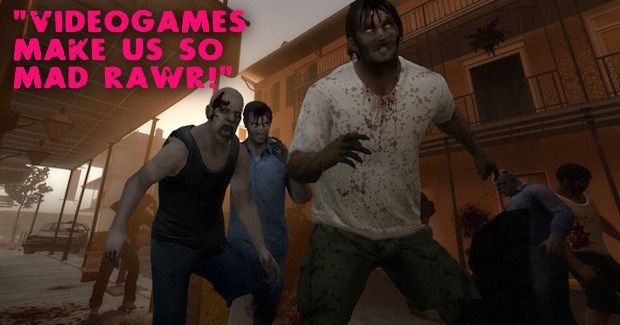 I think it’s incredibly ironic that Valve, the company famed for taking ten years to complete a sequel, is now being criticized for finally getting a sequel out in a timely fashion. Valve has taken so much shit over the years for its lengthy development time, especially over Left 4 Dead itself, and when it decides to throw something up quick, the community backlash is even worse.

Valve, of all companies, has earned the right to milk at least one franchise, at least once. The studio has taken years upon years to develop some of the best games in the world, and if it wants to try and shorten its development cycle and see if it can provide the same quality, I see no reason why we should try and discourage them. Do you seriously not want more Left 4 Dead?

Okay, people do want more Left 4 Dead, but they don’t want a sequel. Instead, they complain that they aren’t being given more shit for the original game. Well, you shouldn’t be buying games with the expectation that you’re going to have a load of free shit dumped on you from the outset. People knew what they were getting on the disc/file when they purchased the game. They were never told they’d be drowning in DLC after the fact. Valve never promised that, and is under no obligation to provide it. Oh wait, you say Valve did it for its other games? That’s because Valve was spoiling you, son! 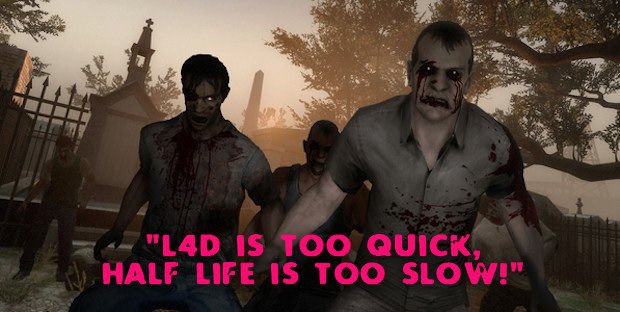 If it helps you, though, I heard a Valve rep on the show floor saying that Left 4 Dead would still get support, despite the sequel’s release. This brings me to the other point: If you love Left 4 Dead so much, by all means keep playing it and just pretend Left 4 Dead 2 doesn’t exist. We all know what Valve games are like — servers will still be full of original L4D players long after the sequel’s release, so you can live in Mr. Softee’s Imaginary World of Happy for the rest of your natural days, unaffected by the evil sequel.

Another complaint, and one that I can quasi-understand, is that it’ll just be more of the same. I played Left 4 Dead 2 this week, and you know what? I agree. There is a new Special Infected in the Charger, and you get special melee weapons, but it’s pretty much the same game as before. I’m also bummed that, at the time of writing, there are no alternate character models for the Hunter, Smoker and Boomer.

However, while I agree the game is more of the same, I must add that I don’t care at all. The very fact that this Left 4 Dead is set during the daytime is enough to justify its existence, as far as I’m concerned. Zombies are naturally scarier during the day, and the New Orleans settings look distinctly beautiful, in a post-apocalyptic way. Yes, Left 4 Dead 2 plays just like Left 4 Dead, but I couldn’t give a shit. It’s a great game, with a sexy new coat of paint, and I will swallow that shit with a massive silver spoon. Plus, the Horde member in a Hazmat suit is hoofin’ brilliant. 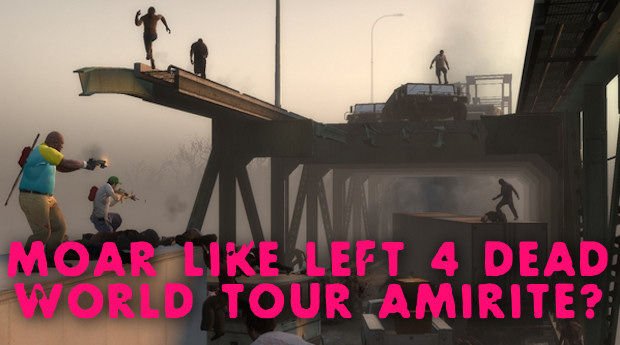 Don’t get me wrong, I understand the concern. It’s surprisingly quick, especially for Valve, and with Electronic Arts casting an increasingly strong shadow over the studio, it’s not hard to imagine Valve falling into the Activision trap of releasing endless sequels and spin-offs for the co-op zombie shooter. However, we are not yet at that point, and I believe it’s probably wise to save up the bitching and whining until we arrive at such a stage.

Valve has the makings of a killer franchise on its hands, and I believe it deserves the chance to “sell out” at least a little bit, for once. If you had a hot property like Left 4 Dead and you knew that people would lap it up, would you not want to make more, and do so while things are still hot? Of course you would. Many of you still lap up every single Zelda game, despite them following the same format, and most of you lose your shit over re-released games like Marvel vs. Capcom. Don’t pretend you won’t lap this up either.

Most of the people complaining will be playing this and loving it when it’s released. I’d put down some money on that wager, but I’m saving up for Left 4 Dead 2.