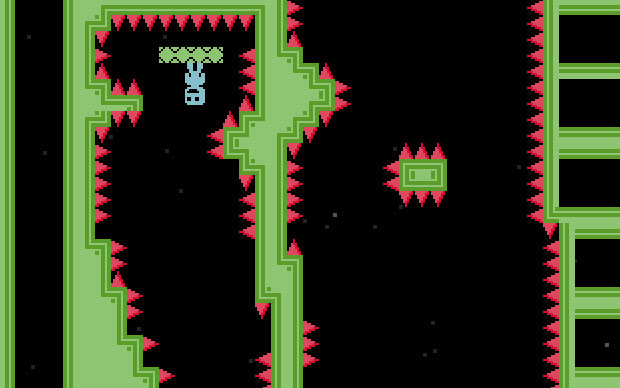 Creator provides updates on his other games

Terry Cavanagh’s wonderful platformer VVVVVV will become even more widespread this year. In a blog post detailing his existing game projects, which all seem to be in various states of completion, the designer said to expect the game on PlayStation Vita, iPhone, iPad, Android, and Ouya later this year. “And, if I can manage it, all at the same time. This will very likely be the last thing I ever do with VVVVVV, and I wanna go out with a bang!”

Another of his games, Halting Problem, hasn’t seen much work since the Independent Games Festival submission deadline last year. “There are a few ideas at its heart that I think have potential to be very, very special, if I’m good enough to bring them to life,” he wrote.

“I haven’t forgotten about this game. It feels the way Super Hexagon did, the way VVVVVV did, and the way At a Distance and Nexus City did — that idea that won’t go away. When I come back to this game, I don’t want there to be any distractions– I can feel that working on this one is going to be all consuming, that’s it’s going to take everything I have.”

I have to imagine most of Destructoid’s audience has played VVVVVV but, if not, your list of excuses is dwindling. That PS Vita release is going to be yet another version for the collection.