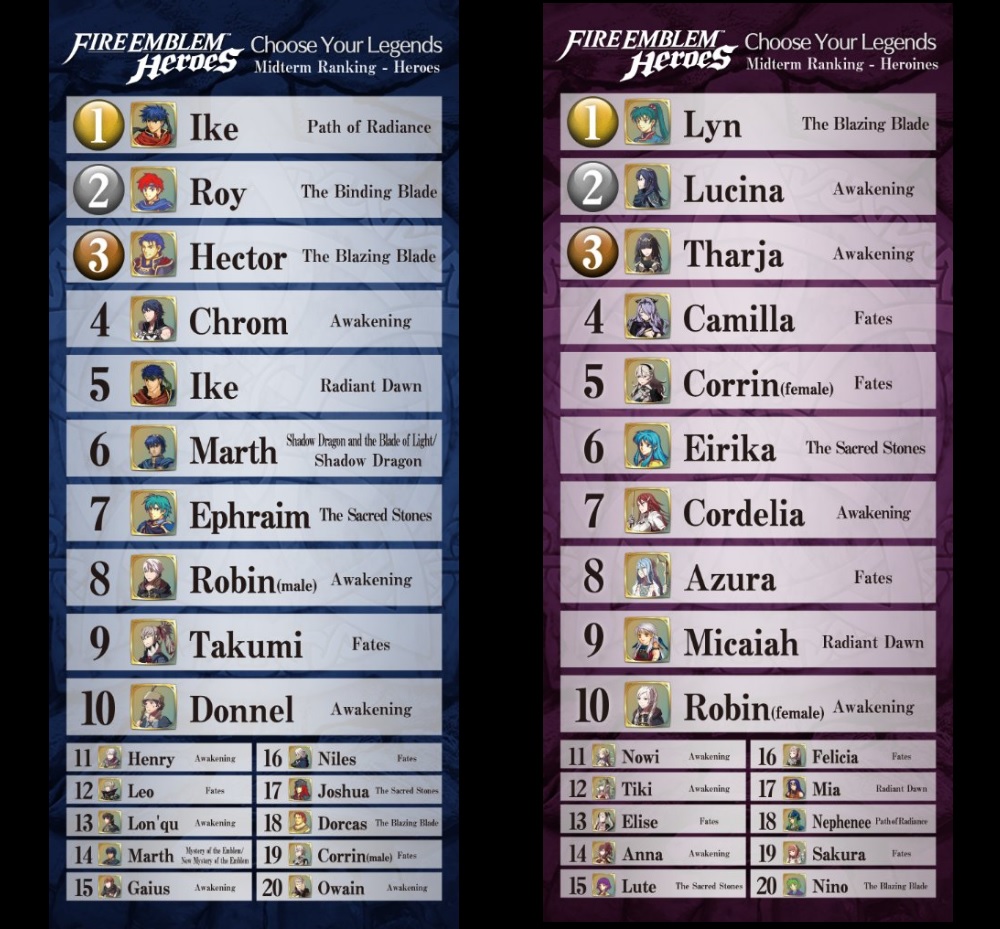 The poll runs until January 31

I talked about it a bit in yesterday’s Nintendo Download post, but the Big N is currently running a Fire Emblem-centric poll to decide what characters appear in the upcoming Fire Emblem Heroes mobile game. After one day they’ve shared the current results, with Ike at #1 (his Path of Radiance iteration), followed by Roy, Hector, and Chrom on the heroes side, and Lyn, Lucina, Tharja, and Camilla at the top on the heroine side.

Another tidbit has come to light since its debut as well — if you participate, you’ll earn 200 Platinum Points for your My Nintendo account. You won’t really be able to buy anything with those points if you use it regularly, but that’s a fairly hefty amount. If you’re remotely interested either for the reward or the glory, you have until the end of January 31 to vote.