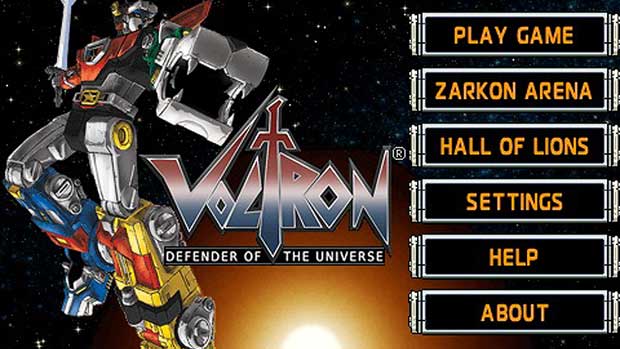 Yeah, you read the headline right — there’s a Voltron mobile game available. Apparently, it’s the 25th anniversary of the series, and Sony Pictures Home Entertainment has launched the title in celebration.

The game features six acts spread across 30 levels, as you command the lions through the galaxy to stop that fish-eared creep King Zarkon and his army. Yes, you can combine your lions and then unleash the Lion Saber, Blazing Sword, and more.

SPHE gave me a code to download the iPhone version today, and while I didn’t have a chance to do much other than use the Black Lion to paw away rockets, I can confirm this: no other game is more awesome when paused and then unpaused than Voltron on the iPhone. This is a fact, and the above video is proof.

Voltron costs $3.99 on the iPhone, but is also available on other mobile devices for anywhere between $2.99 and $9.99. It’s unclear if other versions have Voltron on the iPhone’s awesome “unpause” sound effects, but one can only hope.