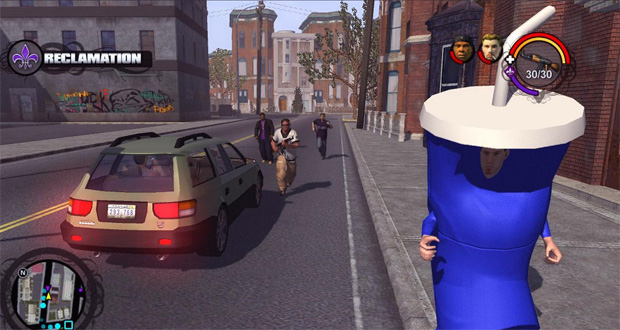 When you think of the Saints Row series, the last thing to pop in your head is anything revolving around seriousness. I mean, look at this stuff (unless you are at work or in a public spot)! Developer Volition is taking a break from the craziness this week for a noble cause.

The studio is auctioning off a voice role for one of Saints Row 3‘s many pedestrians. The money earned will go to the Ashley Ames foundation, which is local to Volition. Here’s the backstory:

Ashley Ames, 23, lived and worked in Urbana, Illinois earning money to return to school. In the early morning of May 29, 2010, the house where she lived with her four roommates caught fire. Her roommates got out safely, but Ashley had to be airlifted to Springfield’s Memorial Hospital, where they have a specialized burns unit.

She was burned on 80% of her body. Ashley fought harder than anyone could ever imagine. On July 6th, we lost Ashley due to an infection and the injuries she sustained. Ashley may no longer be with us, but her memory, strength and inspiration will live on forever. This benefit is being organized and run by her loving family and friends.

The auction itself is sitting firmly at just over $400, at the time of writing. While that is beyond what many of us can afford, you can still help the cause by hitting up the above foundation link and donating by way of PayPal. For more, read Volition’s blog post.