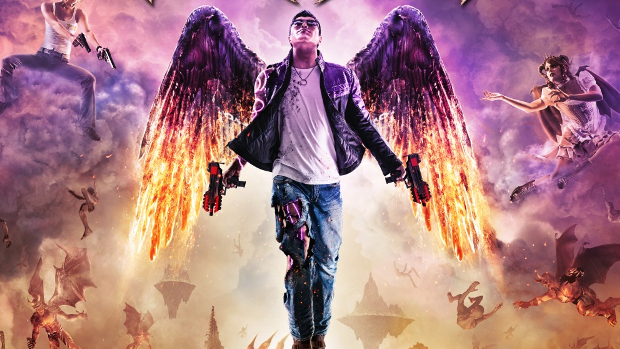 Also, Saints Row IV for PS4 and Xbox One

At its PAX panel, Volition announced a new Saints Row, a standalone expansion of Saints Row IV called Gat Out of Hell (PC, PS3, 360, PS4, Xbox One). It has you travelling to Hell, is half the size of Steelport, and features two player co-op and biblical weapons (locust gun, etc). It’ll run you $20 and is releasing January 27, 2015.

Volition also announced a PS4 and Xbox One port of Saints Row IV called Saints Row IV: Re-elected, which will include all of the DLC up to that point. It will also be released January 27, 2015 and is priced at a moderate $30.