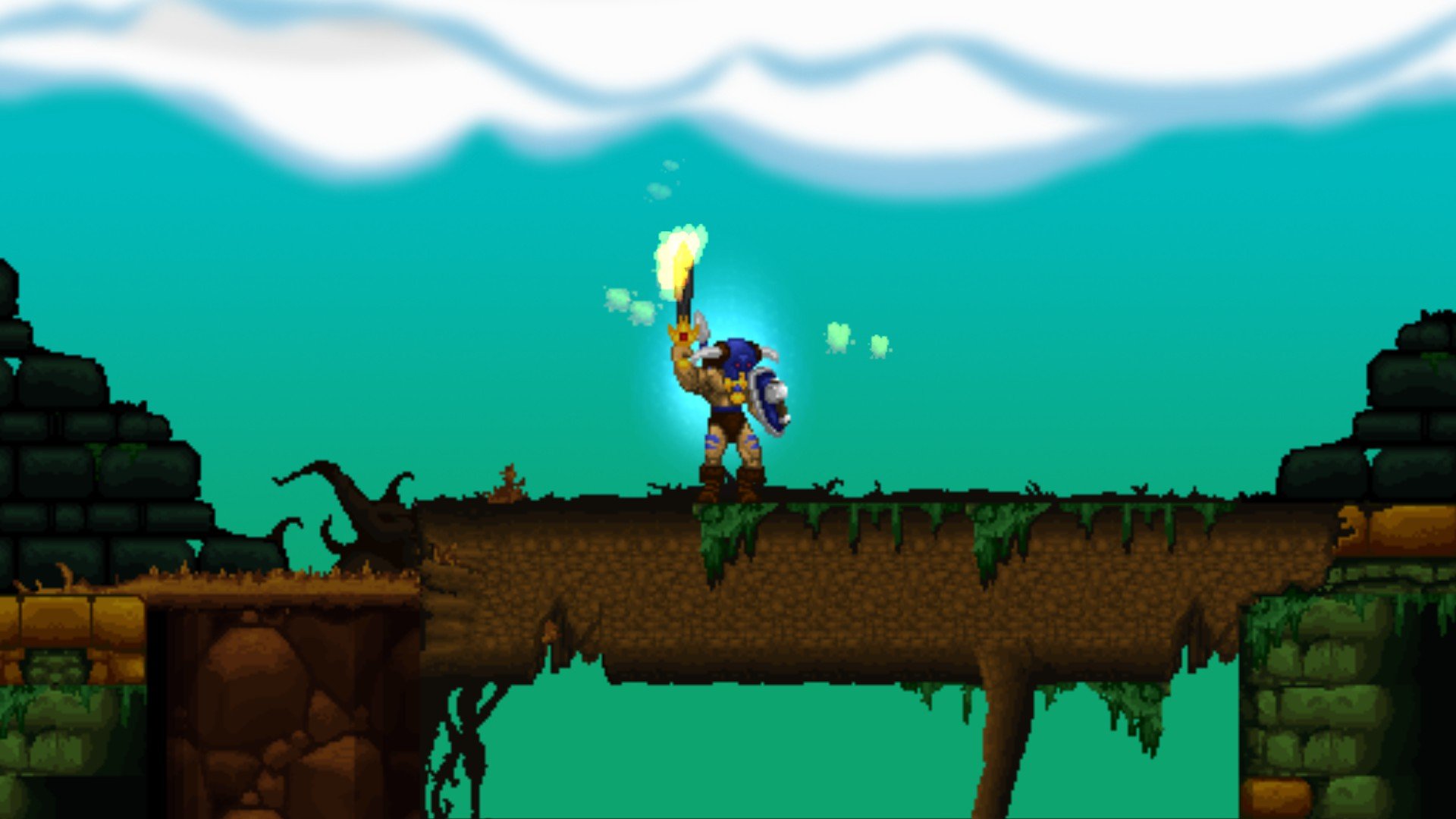 Volgarr the Viking is a prime example of how old-school design never stopped being fun. There are a bunch of cheaply-placed pitfalls and the difficulty curve is a lot more front-loaded than I’d like, but besting the game’s obstacles is an immense joy. Even if I’ve never achieved the “best” ending, I still feel great for seeing the adventure through to one ending.

Now, PS4 and Vita gamers will be able to revel in viking glory with the game this week. On November 15, Volgarr the Viking will be coming to PS4 and Vita with Cross-Buy support. While this is currently the North American release date, Kris from Crazy Viking Studios confirmed that the European certification process will follow shortly after the US release.

VOLGARR THE VIKING RAIDS AND PILLAGES PS4/VITA (CROSSBUY) IN THE NORTH AMERICA REGION ON NOVEMBER 15th! GET YOUR LOIN CLOTH READY!

No price was mentioned, but the game goes for $9.99 on Steam, so I wouldn’t expect much more. Even at $14.99, getting the game for PS4 and Vita is wonderful. I have no idea why you’d want to subject Vita players to this game, seeing as how they’ll probably launch the device through a window, but this could be a plan to help Sony boost Vita sales.

Along with that Twitter post, Kris also confirmed that the 3DS port was still being worked on, but there is nothing further to detail about that. I’m not so sure it would work well on the 3DS, given the dramatically smaller screen size. I had problems with the default camera on PC and I played it on a 23-inch monitor.