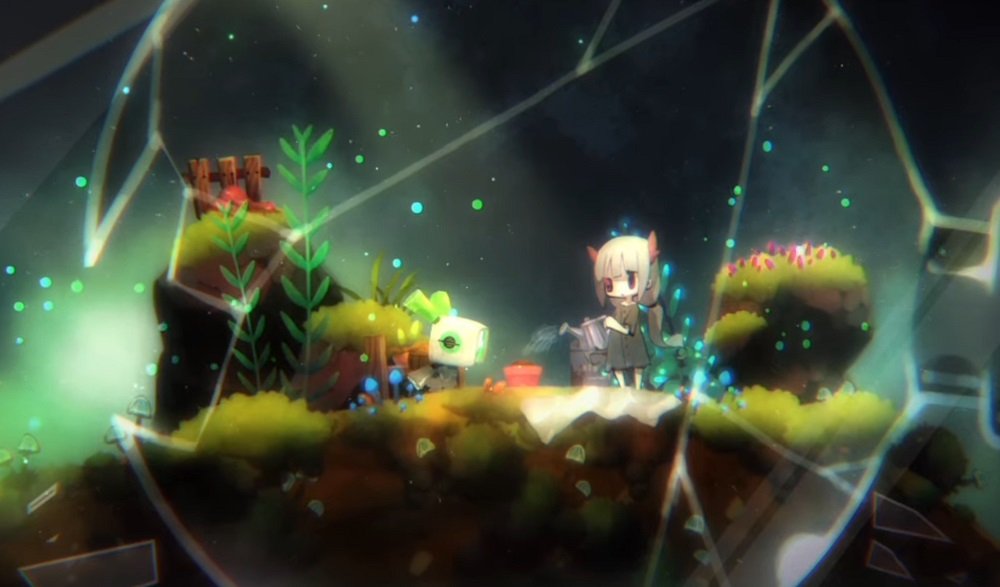 But that fungi body-horror still makes my skin crawl

Void Terrarium is the story of an abandoned service bot living on a post-apocalyptic Earth. Originally believing itself the last functioning form of life, the little droid soon discovers a mysterious girl, Toriko, who exists within a glass dome that keeps her safe from the atmosphere’s toxicities.

Players will guide the fates of both of these characters, sending the bot out to gather resources, acquire help, and fend off enemies. Meanwhile Toriko works to maintain her health and build a habitat, hoping to make the duo’s lonely existence a little less harrowing. The trailer features the bot searching for food and engaging in turn-based combat, while Toriko cultivates plants inside her dome-home.