We now know one of the two mystery announcements NIS America has planned for the week, as the publisher announced a localisation of charming-but-gross survival title Void Terrarium, which launched on PS4 and  Nintendo Switch in Japan back in January.

Void Terrarium, (or void tRrLM(); //Void Terrarium to give it its full title), is a unique survival game set in a weirdly attractive but wholly grim post-apocalyptic universe. Players control a humble service droid, who awakens after a long period of disservice to find the world under siege from toxic plantation.

Not long after reactivation, the little droid comes across a young human girl called Toriko, injured but alive, and houses her in a small glass dome to protect her from the hazardous atmosphere. From there, players take over the roles of both characters, as the droid ventures out into the wasteland for supplies and medicine, while Toriko attempts to make a habitat of her viral-free homestead.

Void Terrarium blends several gaming genres, such as survival games, rougelikes, and dungeon crawlers, all painted in a strange, juxtaposed style that is at once adorable and kind of stomach churning. You can check out a brand new announcement trailer below.

Void Terrarium will be available on digital download from each platform’s respective online stores, and will also be released in a limited physical edition which will include a copy of the game in a collector’s box, a “Sporific Sounds” soundtrack CD, a key chain, a set of pins, a mood chart, and finally a poster.

I’ve always thought that Void Terrarium looks unique and fascinating, so it’s great that it’ll the opportunity to open up its weird world to a wider audience, though I think its body-horror-inducing themes might be a little too much for my own delicate sensibilities.

Void Terrarium will launch in the west on PS4 and Nintendo Switch this summer. 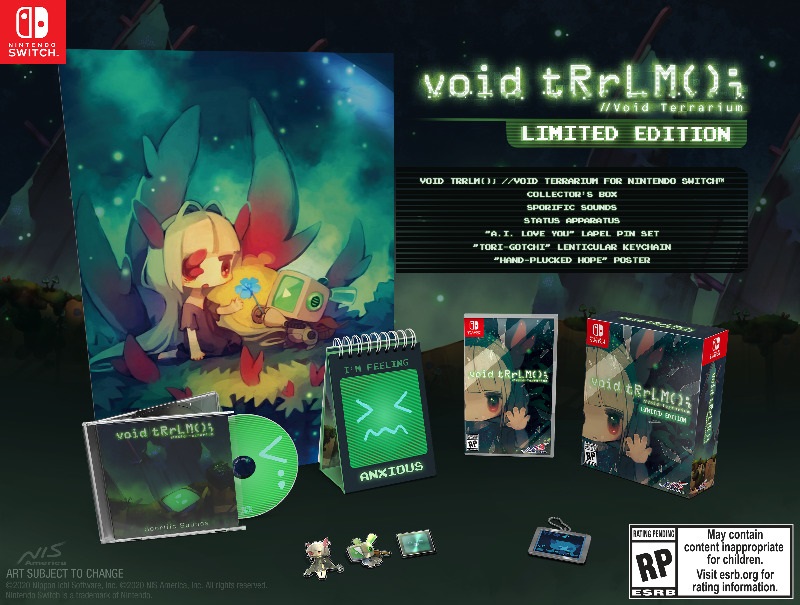