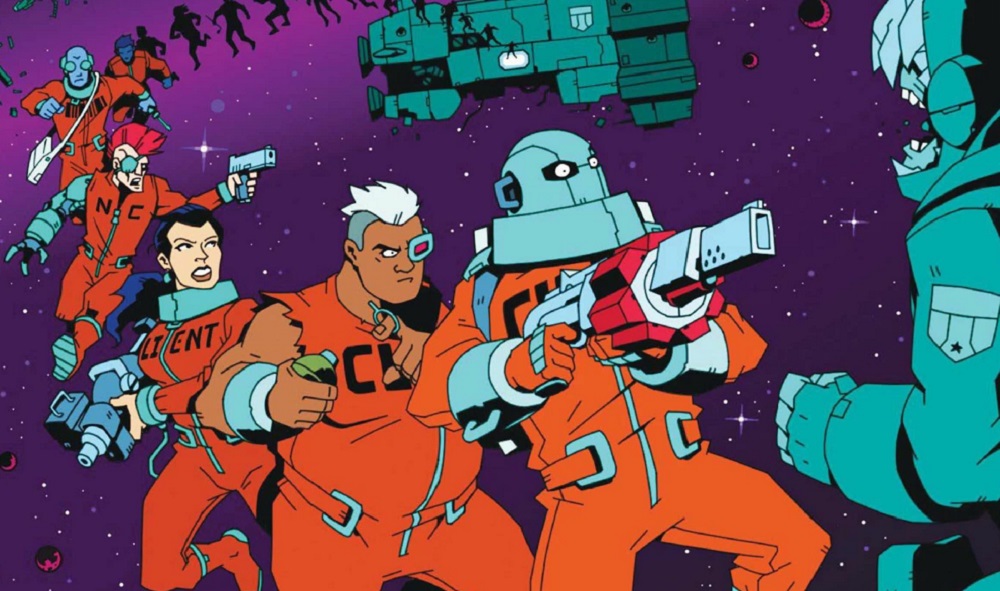 Jack of all trades FPS coming May 29

Publisher Humble Bundle, in association with developer Blue Manchu, has announced that space shooter Void Bastards will launch on PC and Xbox One May 29, and will be made available to Xbox Game Pass subscribers on launch.

Void Bastards blends multiple gameplay elements, many of which may be familiar to fans of titles such as Rage and Borderlands. Void Bastards takes comic-book visuals, eccentric characters, and an irreverent sense of humour, and mixes it with strategic gameplay and an improvisational approach to weapons and events. Players guide teams of nothing-to-lose prisoners – each equipped with their own skillsets – through a series of procedurally-generated vessels, completing missions and fighting it out with a slew of enemies.

There is some risk here. Void Bastards is a first-person shooter that also features, strategy, independent character skillsets, crafting and scavenging elements, procedural generation, multiple choices, sardonic comedy, open-ended gameplay and other roguelike tropes. Essentially, it’s at risk of becoming overbooked as it widens the net to include every buzz cultures currently in gaming.

However, in perfect balance (as all things should be) Void Bastards could ultimately prove to be one of the year’s biggest surprises. It’s looking like it’s set going to be a lot of fun, and fortunately we won’t have to wait much longer to try it out for ourselves.

Void Bastards launches on PC and Xbox One May 29.