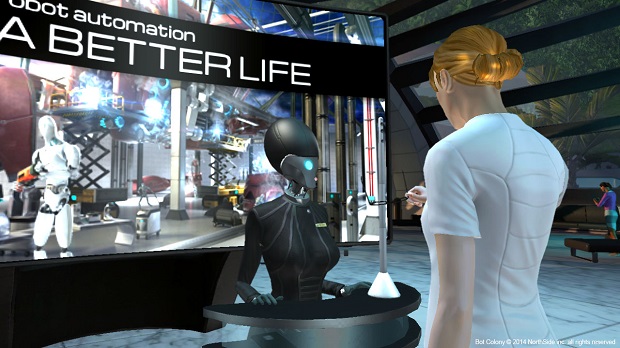 Control robots with just your voice

Last year, I got the chance to play an early build of Bot Colony, an ambitious adventure game that you’ll control with just your voice. The game has now been released on Steam Early Access, letting you play the first two episodes of the three-part season. There’s been a stream of alpha updates for most of 2013 and I’m hoping there have been some improvements with the way the voice recognition side of the game works.

When I played Bot Colony in 2013, the game did feel like it was very early in development and that was clear when I encountered some parts where the voice commands didn’t work out as I had hoped. But on the whole, the voice recognition worked really well. I was pleasantly surprised that I could control actions with fairly specific, detailed instructions, despite my heavy Scottish accent.

I think being in Early Access will definitely help Bot Colony‘s ongoing development as it will be instrumental in getting lots of players with different vocal patterns and pronunciations to give their feedback. That’s the kind of data the game is going to need if it’s going to deliver a truly voice-controlled experience.