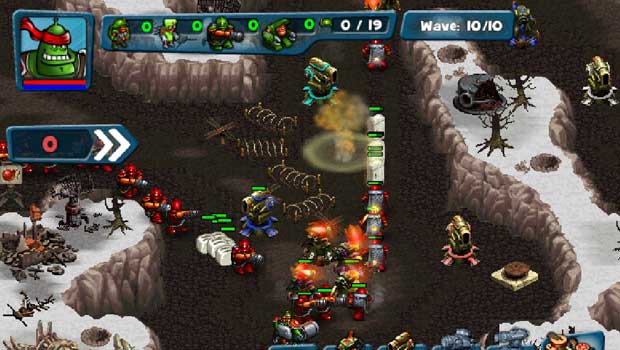 When we was heard Vogster was ‘reallocating’ its ‘resources’ (read: cutting staff) to focus on post-launch CrimeCraft, we were worried. What would happened to the Robocalypse series, particularly the unreleased Robocalypse: Beaver Defense for WiiWare?

Earlier in the week, Vogster released Robocalypse: Mobile Mayhem for the iPhone.

“We love the Robocalypse franchise,” he commented, “are very proud of and stand fully by it.”

Kroll admits that while the primary focus has been shifted to support and expand CrimeCraft, Vogster is still working on titles that have yet to be announced.