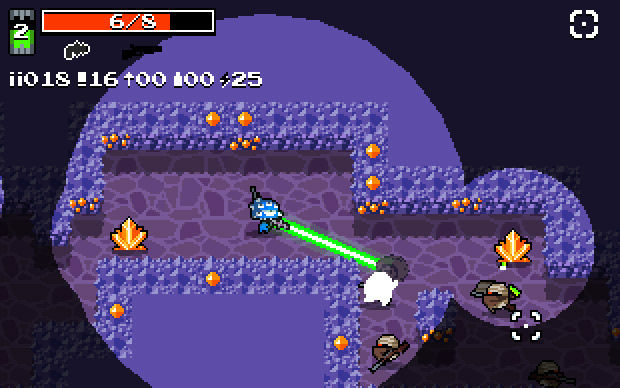 Super Crate Box, LUFTRAUSERS, and Ridiculous Fishing developer Vlambeer’s next game Wasteland Kings is another minimal, arcade-style project, one that builds on its prior titles and “feels like Vlambeer.” If you’ve tried any of them before, you know what they mean — different gameplay concepts all guided by the same design principles.

Initially a Mojam 2013 prototype, Wasteland Kings is a “roguelike-like” which in this case means blowing up monsters in randomly-generated worlds with an emphasis placed on mutant abilities and weapon pick-ups. Development is going to be streamed live through the official site as well as via Vlambeer’s Twitch channel. Also keep an eye out for the game on Steam Early Access in the coming weeks, and at the PAX Prime Indie Megabooth.

“We always said that being open is the best way to exist as an indie developer, and we felt like taking that to the extreme,” said Rami Ismail. “It also just sounds like a really fun experiment.”