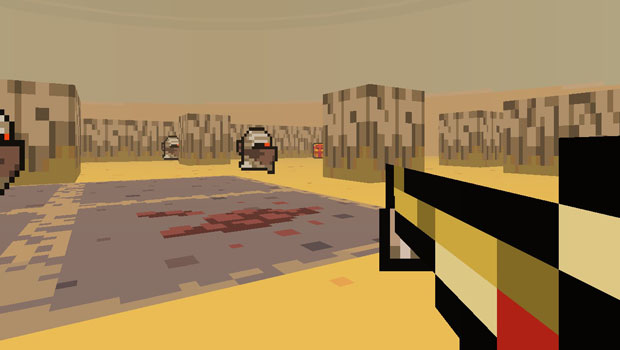 I really love Nuclear Throne. The procedurally generated stages and high challenge level have kept me coming back time and again as Vlambeer has continued to tweak and expand the game in Early Access. Today comes perhaps the most dramatic update of all, as the independent studio has announced that Nuclear Throne will now be a first-person shooter.

As I’ve been playing the game every day, I made a little video checking it out. There’s still a long way to go, clearly, but this is an exciting direction. If you’ve picked up the Early Access release of Nuclear Throne, you can play the new and improved version of the game by accessing the “FPS_01Apr2014_Beta” beta from within the “Properties” menu of the game.