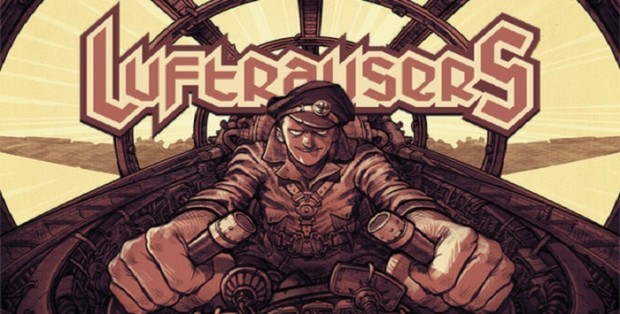 Rami Ismail responds to beliefs that you play as a Nazi pilot in their game.

Vlambeer are no strangers to positive press, having endeared themselves to many through their tenacity in the face of a sometimes malicious marketplace, constant efforts to help others find success, and most importantly, producing great videogames. Accepting praise and affection can offer its own set of challenges, but it’s generally less dicey than managing criticism. Vlambeer has gained a level of influence in the industry where they are bound to face much greater scrutiny than they have in years past, and it seems they’re rising to meet that scrutiny as best they can.

Luftrausers, their latest full release, has drummed up some discomfort in potential players who feel the game’s imagery comes too close to depicting the player as a Nazi war pilot. It’s easy to see where that feeling comes from. Everything from the game’s name, premise, and art direction evoke World War II era German military iconography, albeit mixed with the kind of beyond-real super-science that many at that time feared that the Germans had managed to secretly develop. While it may be a leap to go from “depiction of our now-antiquated fears of German military superiority” to “Nazi protagonist”, it’s not a leap that Rami would begrudge anyone for taking.

We know that feeling bad about your taste in videogames is non-productive. Being attracted to or repulsed by Luftrausers isn’t an issue of morality or quality of character, it’s a question of particular tastes and sensitivities. It’s great to see a developer acknowledge that, apologize for leaving a bad taste in some people’s mouths, while clarifying their intent and perspective. These points of contention don’t have to turn into conflict. They can make for a jump off point for discussion that will potentially edify all involved. Lets hope that’s what comes of this situation.