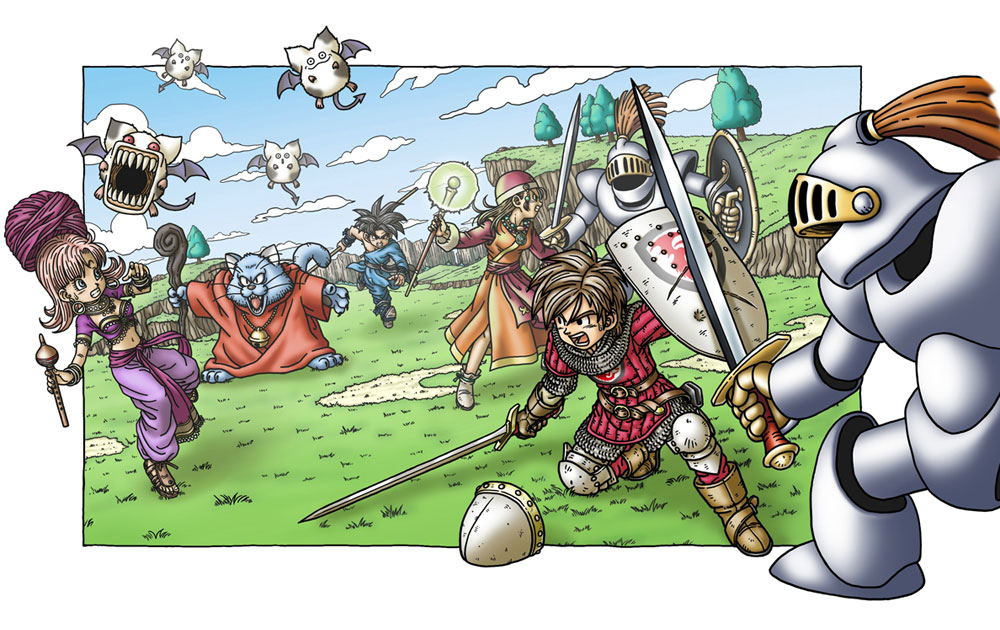 It looks like Dragon Quest XI isn’t the only thing in the franchise we can look forward to owning later this year. During Anime Boston ’18, Viz Media announced its plans to release Dragon Quest Illustrations: 30th Anniversary Edition in English. Judging by its title, it seems like the perfect art book for anyone who enjoys the series.

Considering this book contains around 500 illustrations by Akira Toriyama, we may be getting the best artwork from every game in the series. Even though his stuff suffers from having too many similar characters (such as Dragon Quest VIII‘s Angelo resembling Dragon Ball Z‘s Trunks), I’ve always enjoyed the whimsical feel his designs give off.

Despite my experience with Dragon Quest being VIII and the DS remake of IV, it’s one of those series that I know I’ll love as I journey through the rest of them. Overall, their traditional aspects and comedic nature rubbed me in the right ways, so I hope to catch up one day.

Dragon Quest Illustrations: 30th Anniversary Edition hits North America in December 2018, which sounds like a great thing for players who may finish Dragon Quest XI by then.