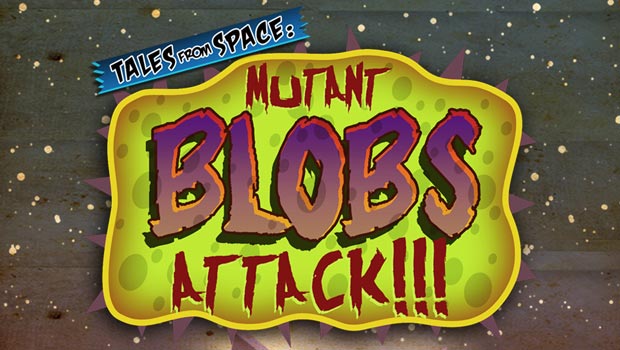 The tilt controls in DrinkBox Studios’s Tales From Space: Mutant Blobs Attack certainly have me intrigued, and chances are looking good that the title will make the PlayStation Vita launch window as one of the handheld’s first downloadable titles.  On the game’s music front we’ve been told that multi-talented musician and journalist Shaun “MEGASHAUN” Hatton will be providing a rather tongue-in-cheek credits theme.

As DrinkBox Studios describes it, “The song gives an often overlooked human side of the events that unfold in Tales from Space: Mutant Blobs Attack. Told from the perspective of a remorseful scientist, the song describes his feelings as he watches the Mutant Blob go on a destructive rampage.” I think it’s downright funky.  “Mutant Blobs Attack!” can be heard after the jump as well as on Bandcamp where a number of alternate versions are also available.

Are you impressed with what you’ve seen and now heard from Tales from Space: Mutant Blobs Attack thus far?