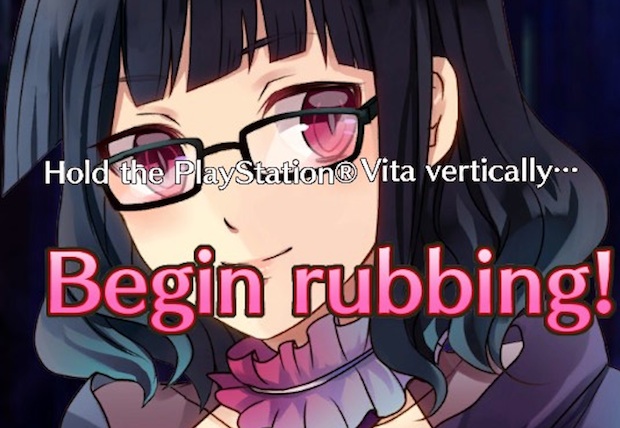 Some card images cut, though

If the name sounds familiar, it’s probably because we’ve shown you this Vita… er, stroking game before. I assure you that there’s tactical card play systems and a story line beyond all of this screen whacking. You can rub magic power into cards by going at it on the Vita’s touchscreen!

Idea Factory International has discloused that they’ve removed some images from this North American and European version. While the gameplay and story are intact, some monster girls have been cut due to their “strong sexual nature.” We have a list of the cut card images below.

Also be sure to check out our gallery of English screenshots from Monster Monpiece.

Here is the list of Monster Girls whose images have been limited to that of their level 1, 2, or 3 evolution form due to the strong sexual nature of the card images: Vampire, Kraken, Goblin, Cockatrice, Kobold, Skeleton, Titania, Bahamut, Fia, Brownie, Pegasus, Mandragora, Mau Sibau, Rafflesia, Death Scorpion, Phantom, and Tengu.

We fully understand that there are needs and demands for the complete version of these games. Our intention and motivation is to offer Idea Factory titles in a form that is as close as possible to the Japanese versions. This was a tough decision, but we would greatly appreciate your understanding and support.