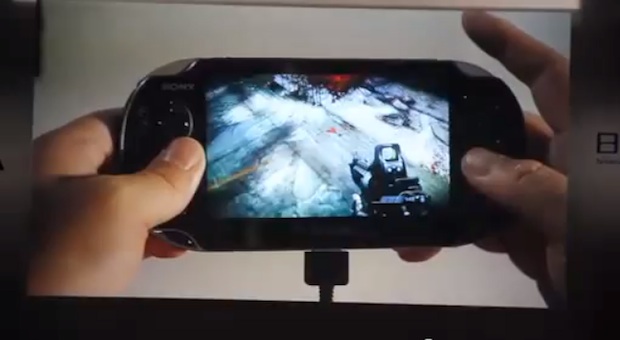 Sony Worldwide President Shuhei Yoshida says that they’re still working on it, but you’ll eventually be able to use the PlayStation Vita as a PS3 controller. He teases the functionality in a new interview in Famitsu.

A TGS last month a mock example was shown with Killzone 3 being played remotely on the Vita. Yoshida admits that this was a corded demonstration as they were worried that interference could flub up their showing.

Beyond pure Remote Play, the Vita can be used as a controller for the PlayStation 3. The system’s screen can also act as a sub monitor. Andriasang says that Sony is looking into creating utility libraries that will allow PS3 developers to use the Vita’s touch screen. How very Wii U of them!

Yoshida says that Sony is currently working on a library that will facilitate Remote Play functions, and that devs will receive a beta version soon. One of the first uses will be boring. A December update in Japan will bring remote control functions to PS3 digital video recording app Torne.