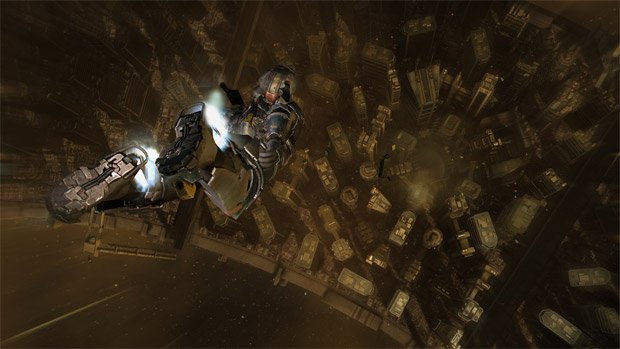 Speaking with Eurogamer, Dead Space 2 executive producer Steve Papoutsis has pulled the ol’ “Help us continue making the games we love” move; a modern-day classic, if I do say so myself.

“We’ve mapped out where we’d like to go with [Dead Space 3],” he explains. “Not at a super high level of detail. But, for instance, we’ve just released our novel, Martyr. We’ve talked about the inception of the Unitology religion.”

“We’ve thought about it all. But ultimately, just like with Dead Space 2, we have to have the support from the players in order to do it. Hopefully the game comes out, people like it, it has critical support, and a lot of people buy it. And then we’ll get an opportunity to do another one.”

This excites me for a few reasons. Besides being a fan of Dead Space and feeling like the horror genre has been on the decline quality-wise in recent years, I’m skeptical the whole multiplayer approach will be something Visceral nails the first time. With a third game, there’s potentially more room for iteration.