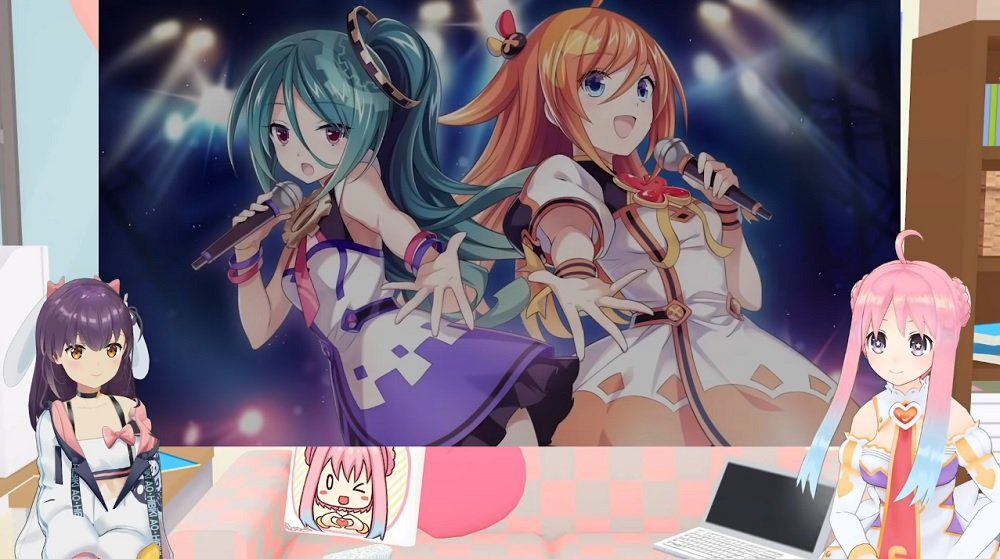 Well, this is a new experience. Compile Heart has debuted 10 minutes of footage taken from the next entry in the Hyperdimension Neptunia series, VVVTunia – which is headed west on PS4 as Neptunia Virtual Stars in 2021.

The novel twist here is that the VVVTunia is itself being played by two more virtual characters. Upd8’s Hibiki Ao is controlling out the action, while being hosted and cheered on by “virtual YouTuber” Ilheart. While I wrap my old man head around this meta-beyond-meta concept, check out the gameplay footage the video below, courtesy of… Ilheart… I guess?

Gameplay begins at 05:28. Be warned, the first 20 seconds of this video are pretty intense.

Neptunia Virtual Stars will see Nep-Nep, Vert, Blanc, Noire and friends visit the digital universe of EMO, on a rescue mission to save and protect a squad of Virtual Idols who reside there. As opposed to the typical Hyperdimension Neptunia JRPG format, Neptunia Virtual Stars is more of a straight third-person action-adventure, as demonstrated in the above video.

Okay, so I may have been a little glib at the top of the hour, but still… Virtual YouTube celebrities live streaming video games… Back in my day you had a bag of Monster Munch and Jayce and the Wheeled Warriors and you were thankful for it. What a time to be alive.

For those of you who prefer your marketing in the more traditional sense. Compile Heart has also released a new five-minute trailer, which you can check out below.

Neptunia Virtual Stars launches on PS4 in Japan July 2, and will head west in 2021.