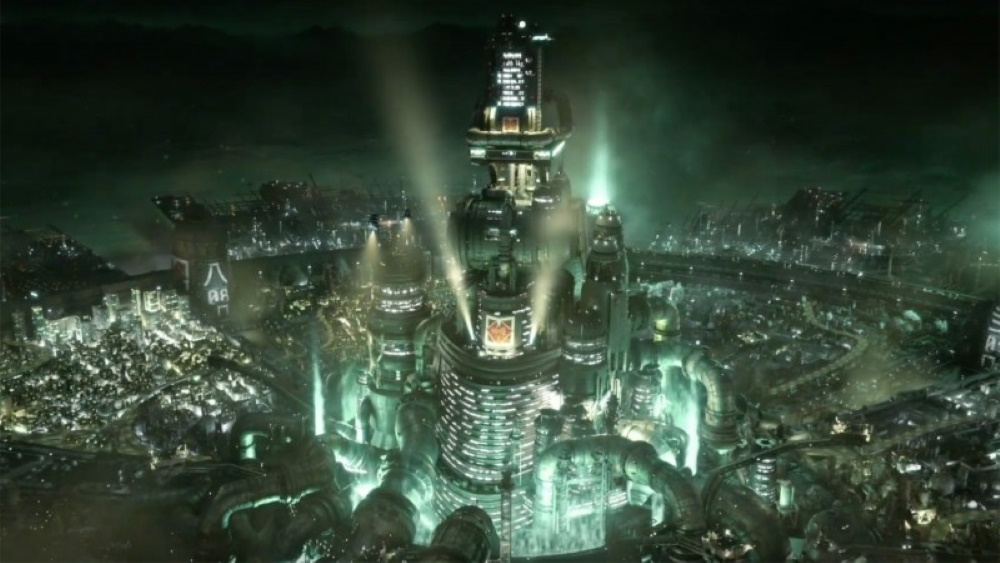 Video games allow us to explore truly fantastical realms, locations that are beyond belief or, sometimes, even understanding. The Uncharted games have taken us to deep jungles and sweltering deserts. Skyrim brought us into a mystical realm of magic and dragons. Assassin’s Creed sent us to locations throughout history, from the Crusades to Renaissance Italy to the Caribbean and beyond.

PartyCasino.fun has dozens of slot games set in a variety of such locations – Cleopatra’s palace, the icy lakes of Norse mythology, the historic tikis of Easter Island, and much more – but they know there are many other fascinating places in the real world. You just have to know where to look for it. So, PartyCasino teamed up with Destructoid to run a series of polls over on our Facebook page, comparing breathtaking or bewildering parts of reality to similar locales found in our favorite games. Which would you rather experience for yourself? Let’s find out!

We’ll start off this journey through various realms and locales with a trip to cities of beaches and palm trees. Vice City is something of a party town, though it does of course have plenty of crime going on in the background.

Of course, Vice City was modeled off of Miami and events that have actually happened there in the past, so it’s the perfect real world version of Vice. Just don’t expect the game mechanics to still be in effect when you visit it.

Poll 2 – Hyrule (The Legend of Zelda) vs New Zealand

While not the exclusive home of the series, the majority of entries in The Legend of Zelda franchise are set within the land of Hyrule. Founded by a true goddess, Hyrule is filled with literal magic and strange races – as well as a number of monsters that will hunt you down once you set foot outside of town.

Meanwhile, New Zealand may not have actual magic, but its breathtaking beauty might make you think otherwise. It also has fewer monsters trying to rip you apart on a daily basis – though if that’s something you want, Australia’s not too far away!

Aaron M. G. Maitland – “I would like to see the world, but it’s cheaper to buy game than a bunch of plane tickets”

Luis Villafañe – “Not gonna lie, there’s less things ready to attack me on sight in New Zealand, like Lynels.”

What’s the best place to spend your days surrounded by adorable animals? The Village of Animal Crossing offers one such option, and it comes with the added benefit of being able to build up your house or town however you want! The villagers are a bit more talkative, too, though that can also come with some negatives (here’s looking at you and your “loans”, Tom Nook).

Fox Village, though, is just a real world village filled to the brim with thousands of foxes. You can even feed them, and it won’t cost you an arm and a leg to do so!

An underwater utopia awaits in our next locations – well, sort of. Rapture has fallen into disrepair after everyone down there went crazy on supernatural powers, but this is still an entire city found deep beneath the waves!

Meanwhile, the Muraka lets you rest in peace in its underwater hotel. It’s no city, but it’s also not filled with Splicers gone wild! But it is also a tad more expensive, with your stay likely costing $50,000 USD a night.

Adam Loopy – “I’d rather avoid the place that housed psychotic breakdowns and thousand of deaths thank you very much.”

Josh Hill – “Splicer!!! Just kindly give me “a crowbar or something” and I’ll be fine in rapture”

Okay, maybe living life under the sea is a tad overrated. Next on the itinerary, we have some simple, regular, completely normal towns to visit. Silent Hill is a small place that seems like it could change itself to fit each visitor – truly an amazing feature! Ignore the horrifying nightmares lurking around every corner, and it’s a fine place to visit.

Or, we can head to San Francisco and visit the iconic Golden Gate Bridge, Alcatraz, or a multitude of museums. This city is quite a bit larger and more lively than Silent Hill, though it’s also known for its share of dangers and crimes. You be the judge of which one you’d prefer.

Justin Eckert – “The thing with Silent Hill is at least I’m facing monsters of my own making and have a fighting chance of getting out. San Francisco however, I’d rather just get chased by Pyramid Head honestly much easier to deal with.”

Dale Wilborn – “I love the implication that San Francisco is somehow equally as bad as the town of dead cultists, pyramid head (whose sole purpose is to hunt me down and rape my corpse), and various mutated creatures that would eviscerate me for the singular reason being that it’s nighttime.”

Daniel Anastácio – “The place where there aren’t any soul-devouring beasts from beyond. In other words, neither.”

Enough with the city, let’s move on to the plains. Wide-open spaces provide a calm beauty for us to relax in, and Warframe‘s Plains of Eidolon provides exactly that with its fields, hills, and caves. There are still some enemies here, but hopefully you’re powerful enough to take them out fast and get back to enjoying the area’s beauty.

Otherwise, you could try the African plains, vast stretches of wilderness in the heart of the continent. Just, y’know, watch out for the wild animals – even the herbavores can be plenty dangerous when startled.

Poll #6 Winner: The Plains of Eidolon

What kind of trip would we be on if we didn’t visit a land of ice and snow? Sonic‘s Ice Cap Zone holds unique icy features for visitors to race through, and you can even get some snowboarding action in. Avoid Eggman’s robotic forces and don’t slip on the ice, and you’re sure to enjoy this zone.

Or, you can visit the subarctic region around Fairbanks, Alaska, which sees icy temperatures and snowfall for two-thirds of the year. It may be cold, but you can often see the Aurora Borealis – no doubt many would call that as a worthwhile deal.

If you’re traveling this much, you’ve obviously got plenty of money to spare. Why spend every last cent on plane rides or magical devices that teleport you into virtual worlds? Save some cash for the Gold Saucer! This world-famous amusement park is filled with minigames, as long as you can afford enough GP for them.

Or you could hop over to Las Vegas! Sure, the main attractions are pretty similiar – minigames that cost tokens – but it’s now an entire city filled with awesome attractions and beautiful hotels. Whichever option you go with, don’t worry: you’re sure to lose hours or even days of your life watching all your money tumble down the drain. Sounds fun, right? Right??

That last entry wasn’t enough to exhaust your cash flow? Then why not shoot for the stars next? Reaching the Moon is always a tricky task, but if you’re really as wealthy as Scrooge McDuck, you too could travel to outer space. Just watch out for all the enemies that have somehow made a home up there.

If you’d prefer a visit filled more with peace, quiet, and a beautiful view of the earth, the real-world version is probably more up your alley. Of course, this requires you be a trained astronaut and wear a big, bulky suit, but surely the cost is worth it.

Dennis Wright – “You can clearly breathe in the Ducktales outer space, making it the winner.”

A.j. Seabrook – “in what universe would anybody pick the actual moon”

We’re at the final entry, so let’s throw a big celebration! We could choose to do so in the Mushroom Kingdom, an obvious choice – Princess Peach always has some sort of party going on, after all. Of course, these tend to get cut short when the fire-breathing Koopa King storms the castle to kidnap Peach. Again.

Alternatively, we could hop over to Woodstock, where thousands once gathered for the now-legendary festival. There’s no Bowser, but also not a lot of free space. Whichever option you go with, I can’t guarantee sweet mushrooms will be involved, but given the locales… Chances are good you’ll find exactly what you want.

Greg Vasquez – “Woodstock was the mushroom kingdom back in the 60s”

Virtual worlds are often inspired by reality. While there are many places in games that stretch the boundaries of imagination and belief, it’s amazing to see how some of their locations can be perfectly matched to real-world counterparts. Which are your favorite places in gaming and reality?