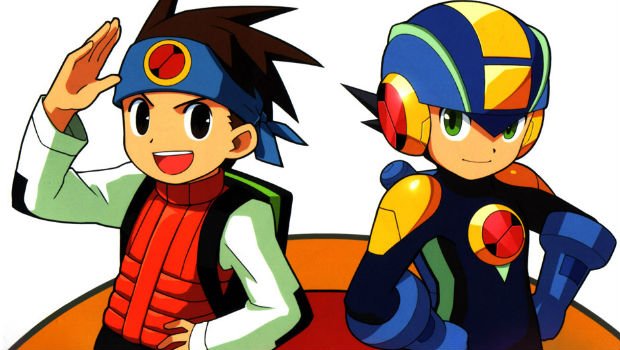 I can’t remember the first tactical game I ever played. The first one that stands out in my mind is Tactics Ogre, but I’m sure I dabbled in some NES games without truly knowing what I was doing. What I would never expect growing up though is that Mega Man would get the tactics treatment — albeit with a simple delivery that only let you manage one unit.

That unit is none other than MegaMan.EXE, a new character that inhabits a brand new world within the series Mega Man Battle Network. If you haven’t had a chance to play this sub-franchise before, the newest Wii U release is a perfect time to do so.

Mega Man Battle Network‘s setup is rather simple, and requires zero previous knowledge of any other Mega Man game. You play the role of Lan, a fifth grader that has a digital friend in the form of MegaMan.EXE — a “program” of sorts called a NetNavi that can explore and do battle on the “Net” — which is essentially the internet as we know it.

The only problem is that cybercrime is at an all-time high in this universe, to the point where a global criminal organization called the “WWW” is running amok, causing all sorts of havoc both in the real world and online. Lan starts out on a small-scale narrative involving his local town, engaging in digital skirmishes with his friends and conversing with his father — a lead researcher on NetNavi technology. Of course, Lan and MegaMan get mixed up in the overarching plot, which brings in a new variant of the Dr. Wily character, as well as Proto Man, and a few other fan favorites.

It’s a very interesting way to take the core Mega Man character designs and turn them on their head, as familiar faces like Guts Man show up as boss fights — but said Robot Masters are done in a completely different style that’s unique to Battle Network. The story is very hamfisted despite its serious implications, but I loved exploring the game’s world and meeting its characters.

Actual combat is very simple to pick up and play as well, since it involves action, RPG, and tactical elements all mixed into one easy-to-read grid-based system. Essentially, you’ll take advantage of different “Battle Chips,” which are like “cards” that you can collect and customize in a deck of sorts. Although you can use your buster cannon by default, your chips are truly how you’re going to do most of your damage, and choosing your setup can be extremely crucial to your success.

Whether you try to stack damage, mix health and defense, or bring chips that have a higher risk-reward factor is entirely up to you, and there are tons of different combinations to experiment with. Each subsequent game would add more depth to the combat as time went on, but as a foundation of the series, the first Battle Network still holds up even to this day. The only particularly dated element is the random battle mechanic that you’ll encounter inside the Net.

Mega Man fans will get a kick out of finding the newest Robot Master and discovering all the new redesigns, but anyone can enjoy it. Even if you don’t like Mega Man games, Battle Network is a great way to acclimate yourself to tactical games, and genre veterans will enjoy the customization elements.