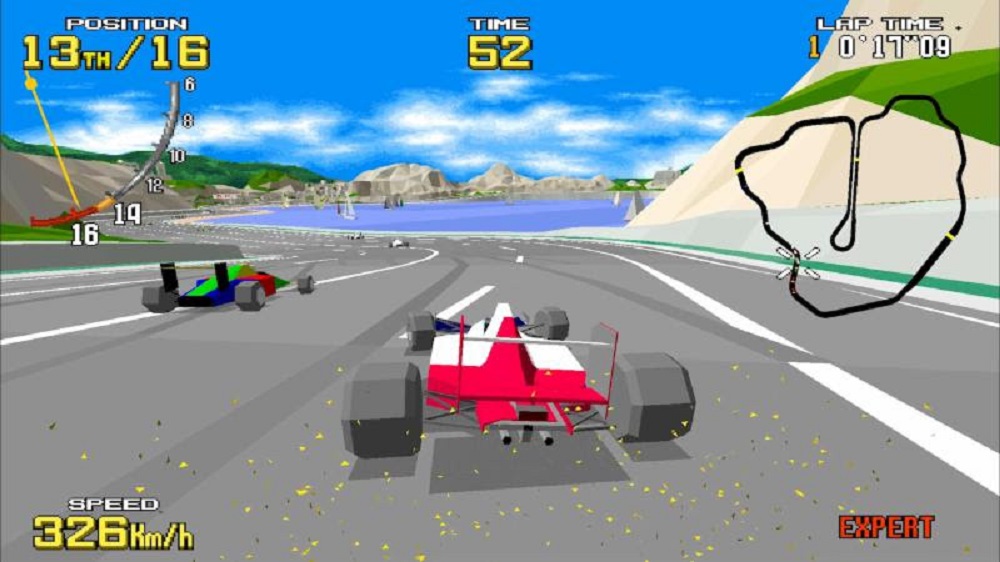 I still can’t get over 8-player split-screen

Sega’s line of wonderful Switch conversions by M2, Sega Ages, is getting a couple of extra entries this month. Both Virtua Racing and Wonder Boy: Monster World will release on June 27, 2019, on the US and European eShops for $7.99 each. Along with general enhancements to make the games play better, Virtua Racing comes with the added bonus of an 8-player split-screen feature.

Wonder Boy: Monster Land includes a “Power Up New Game” mode (essentially new game plus) that lets you retain all of your gear in a second playthrough or from a game over screen. Two different time attack modes and a score attack mode add some extra replayability along with online leaderboards, a replay function, and something called the “Money Hungry Mode.” As Sega describes, “This last item plays off a bug that existed in the arcade original where players would increase the value of any hidden gold by quickly shaking the joystick back and forth.” In Money Hungry, the glitch is gone.

My past coverage of these Sega Ages ports has left me very impressed. Becoming the definitive versions of their respective games, I’m hoping something like Daytona USA eventually makes the jump. That would be a real treat.