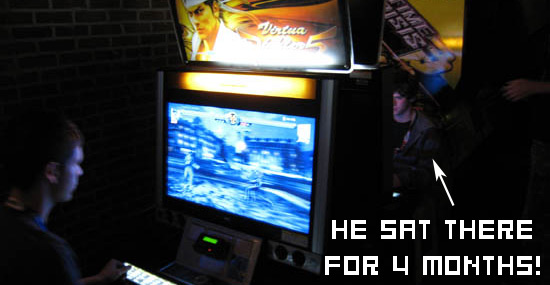 Team Xbox has news that Sega’s Virtua Fighter 5 for the Xbox 360 has finally gone gold and will be shipping on October 30, 2007. I could go into detail on why this title is so utterly amazing, especially in this incarnation, but the lazy way to do that is to just quote Team Xbox:

The Microsoft Xbox 360 version of Virtua Fighter 5 is based on the latest arcade version update and features both analog stick and D-pad control, as well as vibration support. The game also includes an improved Quest mode featuring more CPU rivals, items, and emblems for character customization. The DOJO mode has added features including leaderboards, training move settings, improved throw escape training, and the option to change your opponent’s position and recovery type.

The addition of online play means people from around the world will be able to frustrate themselves on the most technical fighting title ever created, and a select few will utterly destroy the rest of us. We’re torn as to how awesome this development is, as obviously it’s awesome, but we’re not looking forward to having Miguelito constantly make us feel like the children of Dresden circa February 16, 1945.

How can a boy so tiny have so much fury?!

[UPDATE: Orionsaint is correct: there is now a demo of Virtua Fighter 5 on the XBL Marketplace. We’re assuming it popped up around 2AM PST, as I’m pretty positive it wasn’t there when I glanced at it yesterday.]