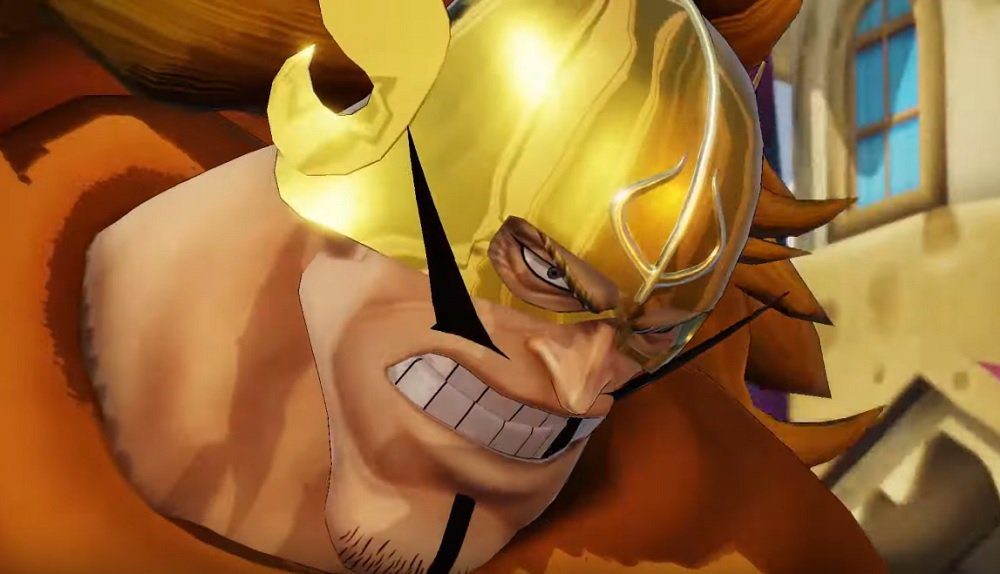 Bandai Namco has dropped a devastating trailer for DLC character Vinsmoke Judge, who is headed to its RPG brawler One Piece: Pirate Warriors 4. Vinsmoke will arrive as a part of the “Whole Cake Island” character pack this summer.

Vinsmoke Judge is the feared leader of the Vinsmoke Family, a feared clan from the Germa Kingdom who have used their wealth, status, and extraordinary physical strength to conquer the North Blue. Vinsmoke values power over all – directly equating strength with status – and as such has even gone as far as to mutate his own children into ferocious warriors. Dad of the year, he ain’t.

As you can see in the above trailer, Vinsmoke is capable of wrecking huge platoons of enemies thanks to his formidable physical size, long-range spear skills, and deadly command of electricity. Arriving alongside his “Minister of Biscuit” Charlotte Cracker, and “Minister of Juice” Charlotte Smoothie, Vinsmoke Judge is looking anything but sweet.