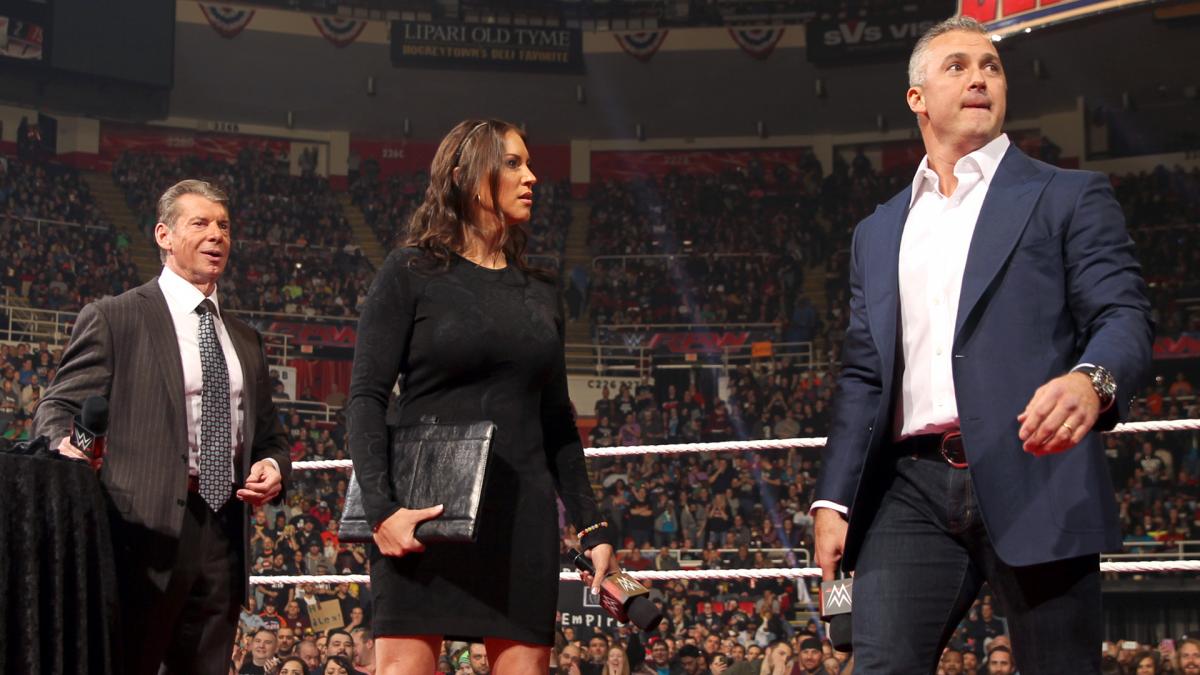 The net value of WWE 2K17‘s roster just increased by a lot. WWE owner Vince McMahon and his two children, Shane and Stephanie, have all been added to the game as playable characters. Shane’s entrance music puts it best: Here comes the money.

Steph first broke the news via Twitter, and IGN followed up as part of an on-going exclusive reveal series. IGN is where it was confirmed that the McMahons are playable rather than just some sort of set dressing for one of the game’s modes.

It has been a while since Vince or Steph stepped in the squared circle to brawl, but that’s not the case with Shane. At this April’s Wrestlemania, he took on The Undertaker in a Hell in a Cell match. The highlight of the bout was when Shane took a 20-foot leap of faith off the top of the cell. Hopefully WWE 2K17 takes advantage of his inclusion and lets us relive this Wrestlemania moment.