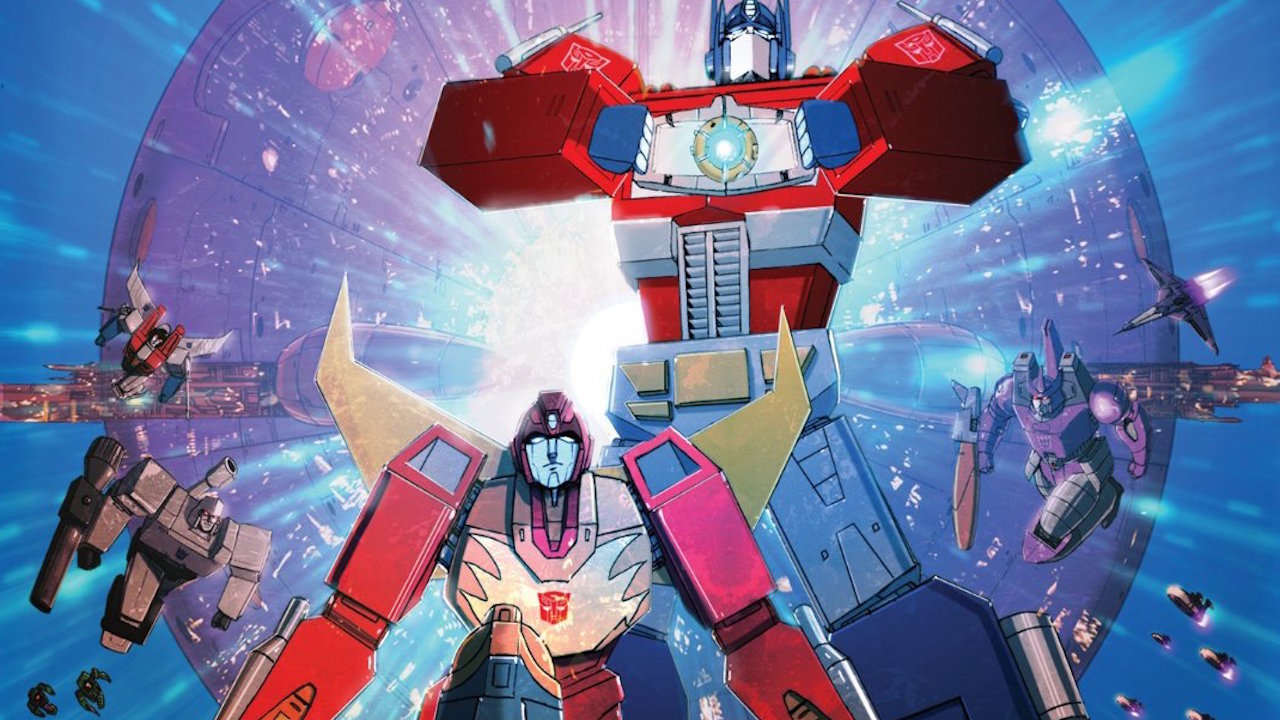 Whether it’s his work on the 1986 flop-turned-cult hit Transformers movie (that was just remastered in 4K last month) or his recent contributions to the world of video games, he’s a recognizable force in music. Due to the recent vinyl release of the Saturday Morning RPG soundtrack I had a chance to chat with Vince and his writing partner of many years, Kenny Meriedeth, on what it means to write video game music even if you don’t necessarily identify with them.

To get some context, I asked them to describe how it all began.

Vince started out with club bands in Pennsylvania before moving to LA and playing gigs at a Mexican restaurant, where he happened to run into Frank Stallone (Sylvester Stallone’s brother). In a real “hey man I like your sound” moment (at least that’s how I envisioned it) Frank recruited Vince into his band that needed a keyboard player, and the rest was history. Sylvester happened to watch them perform at the MGM movie lot, and told Vince about a movie he was directing called Staying Alive, which he was invited to submit work for. The film didn’t do so well but it helped launch Vince’s career, which catapulted him into jobs like the Transformers movie and Rocky IV.

Kenny told me his story is “a little more boring because it doesn’t involve Frank Stallone,” but he came up in Detriot, which has always had a very healthy music scene. “It was a great place to be a working musician,” he said, and after coming through the ranks with other well-known Motown song artists, he embarked upon LA with a new wave punk band and ran into Vince in the late 80’s. They’ve been working together ever since.

Of course I had to ask Vince about how Transformers worked out, and it seems like an uncanny situation from his perspective. “When I came on board, I knew nothing about Transformers,” he said while laughing. “When I did the movie, and it tanked within…I believe it was just one week, it quickly was filed as a past memory for me even though I was always proud of the music. I didn’t hear more until over 10 years later in 1997, when a Transformers convention organizer contacted me and told me about how big of a hit it was, and I went to Rochester New York to embrace that.”

Vince can’t seem to escape that legacy either as he kicked off his video game composer stint with Angry Birds: Transformers, along with Kenny. Apparently Rovio got in touch with them personally, and after hitting it off with the producers, they were able to get basically everything they submitted into the game without issue. “We didn’t have to go out and seek the work at that point in time, it came to us,” both of them said happily, and Kenny seems to think that their work on the Turrican Soundtrack Anthology project also didn’t hurt in terms of their standing in the gaming community.  Since then, they’ve worked on games like Transformers: Devastation and TMNT: Mutants in Manhattan, as well as the indie game Saturday Morning RPG, which they got involved with because the creator, Josh Fairhurst, really wanted them to be involved.

With my time closing up I asked them what their dream video game project would be, and I got a rather surprising response back. “I appreciate the chance to work on 80’s themed works and the like,” Vince mused, “but it would be great if we could come into the modern era more. The game that comes to mind to me first is Call of Duty. I saw it in action at a family member’s house on a big screen, and it would be fun and gratifying to do a big, massive work like that. Transformers: Devastation was getting into that range but I’d like to go further.”

Kenny agrees, and enthusiastically told me that he wants to get into more “filmlike, thematic type projects.” “I don’t want to say the Hollywood style,” he continued, “but we’re big fans of film music and action adventure type scores. We like doing Activision projects because those are scored just like a movie, with the intention of creating drama. Say you were asking someone to create cheesy music from the 60’s and that’s basically all the direction you had…it would be frustrating to keep doing that. We sometimes take second place to what the people hiring us want.”

Talking with the pair was a real treat, and I look forward to what they’re working on next.

[Jayson Napolitano, who represents Vince and Kenny at Scarlet Moon Productions, was previously employed by Destructoid. As always, no relationships were factored into this writeup.]