Fifteen years ago I fell in love with a frog. And no, it’s not a tale of myself being an Asian prince, and a warts-covered green amphibian turning into a princess. It was, literally, a frog — a J. Frog if you will.

This frog was from a free-to-play massively multiplayer online game known as Gunbound, a Worms clone for the most part if Worms had entertained me at all and if every selected character was unique. It was a turn-based game where players’ avatars rode on mobile vehicles and attempted to shoot each other down with an assortment of attacks. The J. Frog that was my go-to mobile — a green frog which spat out globules of green or pink goo which rolled a certain direction while damaging your opponent. It was neither the strongest nor the best, but to me, it was the quirkiest and the most fun to use.

Gunbound pre-occupied my gaming time for a while during my college days. Its main source of revenue being microtransactions which allowed a player to purchase “cash” — the premium currency as opposed to “gold”, the regular in-game currency. Cash avatars and costumes boosted stats exponentially to the point that you would be nigh unstoppable. Certain perks included boosting your shields, your health, your overall damage, and yes, even how much of the terrain you could destroy — which we called “bunge”.

It was, in essence, pay-to-win — and everyone loved it.

Now you might feel aghast at first, those three dreaded words “pay-to-win” feel like acid on the eyes when reading something, but let me assure you that it was not as bad as people made it out to be especially in the East. While premium items did exist, many other items could be bought using gold, the regular currency, such as those aforementioned avatars and costumes, and even cosmetics such as background panels and effects.

The game also had “Avatar On” and “Avatar Off” servers. The former had every stat-boosting item enabled and was a brutal and competitive affair where the amount you spent usually equated to success. The latter had only gold and experience-boosting stats enabled and were for those who didn’t care much for stiff competition or spending. I’ve only spent around $8 in total, and I know others have spent heftier amounts in the store. That’s fine, it’s a free game after all. 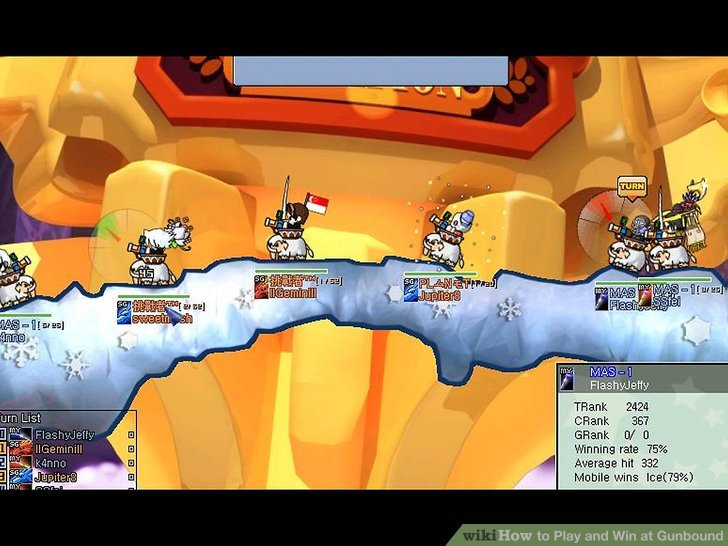 What most people nowadays tend to forget is that the F2P and microtransaction model succeeded in Asia simply because most people lacked the finances to purchase monthly subscriptions with their credit cards, or buy consoles left and right. If you lived in a more affluent nation when you were a child, and you were looking to play video games, your parents might have bought you a Genesis or a SNES, a PlayStation, or an Xbox, or a Nintendo 64. You could wake up Christmas morning to find a new handheld or console.

As I mentioned in a previous Community Blog, I take the whole “F2P/MTX are cancers on the gaming industry” argument with a grain of salt. This is because I come from a poorer country. And people who live in poorer countries do not have that luxury or privilege the same way people in wealthier nations do. Let’s take a look at the data:

Conversely, taking a look at the statistics for the west: 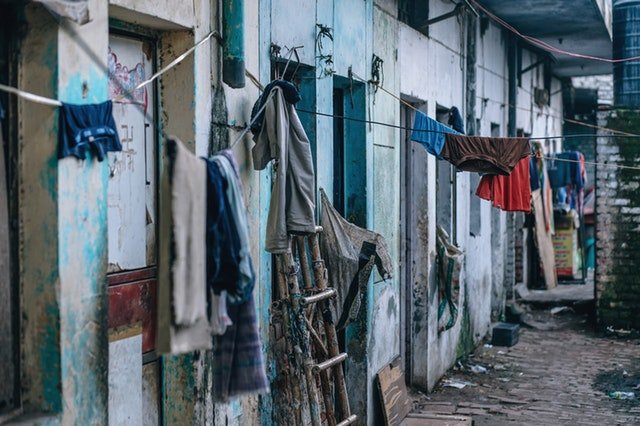 If you were a gamer who, for years, has been worried about what would happen to your favorite AAA-title, or what’s next in store for major console offerings, imagine what goes on in the minds of people who cannot even afford those forms of entertainment? That’s why people here chose the ones which required less spending up front. That meant being able to enjoy games from the get-go without needing to buy a $250-400 console or a $40-60 game.

When taking a look at the games that are popular in The Philippines, China, Malaysia, Thailand, and Asia in general, many of these are using the free-to-play with microtransactions and cash shops model. And on the off-chance they had subscriptions, these weren’t monthly nor annually, these were hourly-based. We called them “top-up cards” — literally just cards which had an equivalent amount of game time. It signifies that playing games was done in bursts and not a massive “rest-of-the-week-or-month-or-year” investment.

Your expenses as a gamer would be relegated to buying said “top-up card”, or perhaps a $0.50 equivalent of paying per-hour in a computer cafe. That’s all there was to it. Mom and dad could hand you that measly amount, or perhaps they won’t because of budgetary concerns for the family. Or you could save up with your daily allowance, or hustle to get a little extra cash on the side — I personally had been selling trading cards when I was a kid, and the profits led to being able to play Contra and Teenage Mutant Ninja Turtles. 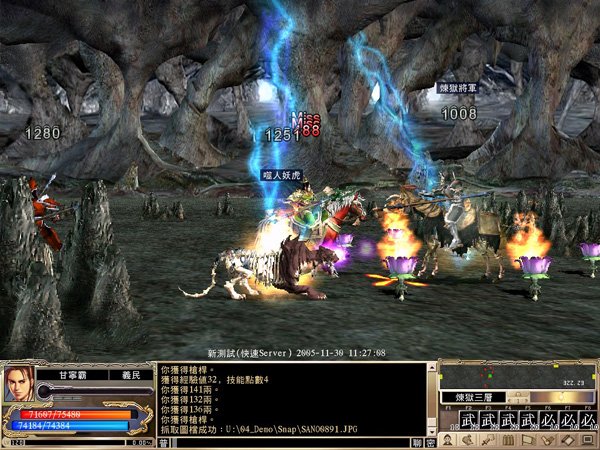 Gamers in North America and Europe also grew up with the Marios and the Zeldas, the Crash Bandicoots and the Sonics, and games released on a specific date as promised. For many of us over in Southeast Asia, games were either delayed because of localization issues, they arrived fairly later than expected, or there simply were not enough supplies to begin with. I remember wanting to buy Donkey Kong Country for the SNES when I was 10 and my parents and I had to go around half a dozen malls in Manila just to find a single copy!

Since we’re talking about mascots and common themes in games, the ones that are popular here have a distinctly Asian flavor and characteristic to them, whether it’s chibi and anime-looking characters a la Ragnarok Online, combative high schoolers in Ran Online, or Gundam-esque mecha-bots in RF Online. Games set during the Three Kingdoms period of China, and anything related to Journey to the West, are also very well-loved — the two are cornerstones of Chinese literature, and by extension, East Asia’s as well. We are, of course, talking about the freemium stuff outside of the offerings from Koei Tecmo. When your games arrive late, or the characters and stories are not quite relatable, you can bet we’d gravitate more towards those we’re familiar with. 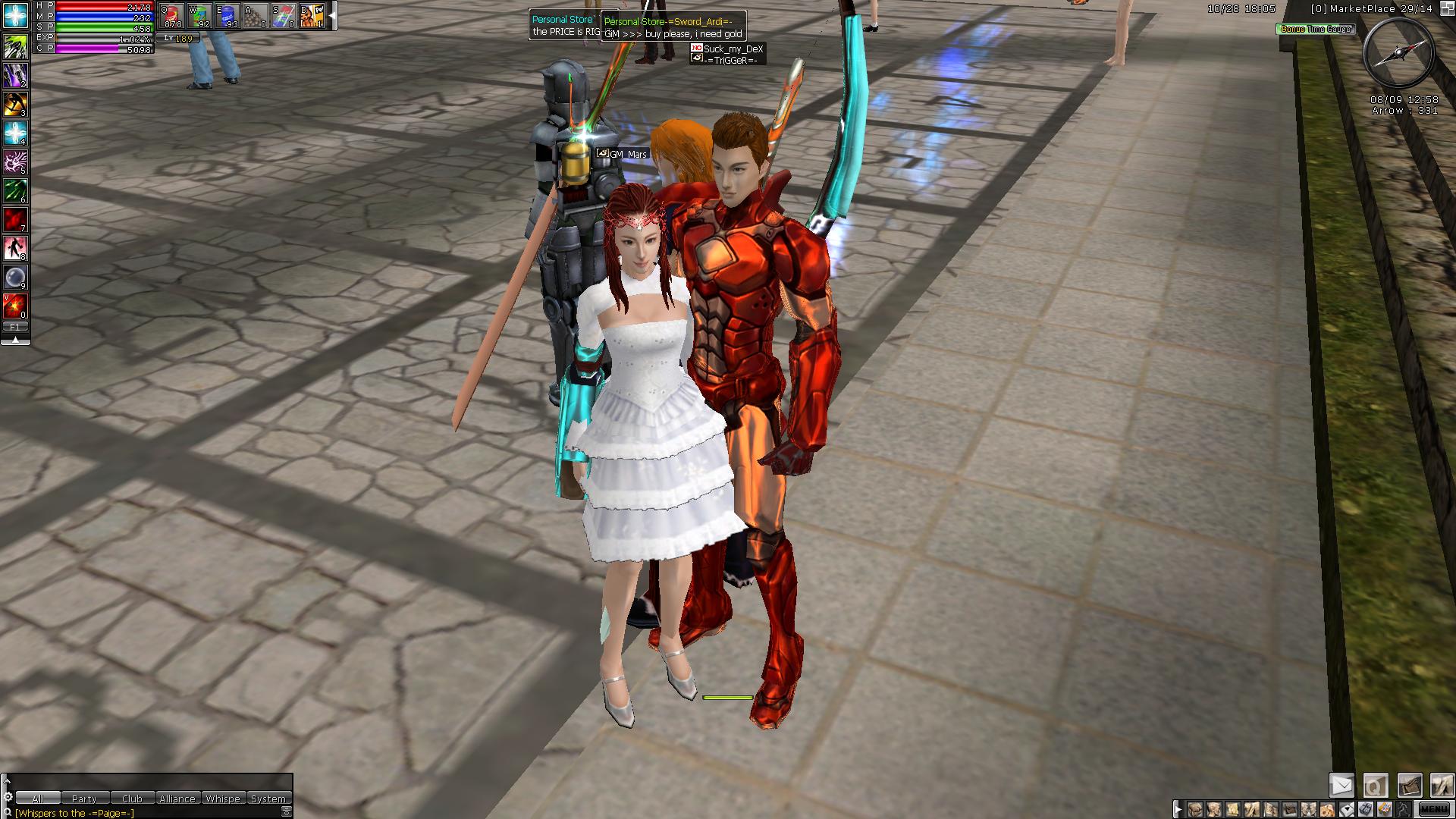 As for pay-to-win mechanics, those are a given. Another game I had been fond off, Ran Online, boasted such a system. The tamest offering in the bunch was a 7-day Rosary Bead which boosted your experience gains for the entire week. Checking other items, you’d find what we called “Booster Boxes,” actual boxes which you could plop down in-game and receive a bonus for a short period of time.

My favorite pastime had been buying a dozen “Power Up” boxes, which increased player damage temporarily. I would sell these in the market (a zone where you could just leave your vendor character there selling items for in-game gold) right before a major PVP event. I would also look for items sold cheaply — buy low, sell high. I did that every day and, at the end of the week, I’d look at how much gold I earned and then I’d sell that for real-world money. Some people prefer they receive the cash equivalent via cellphone load, or they could meet up in an internet cafe and make the transaction face-to-face.

I essentially learned more about doing business in a video game than I did in school. That’s probably why I earned close to $1,000 in Diablo 3’s Real Money Auction House in the first couple of months when it launched. 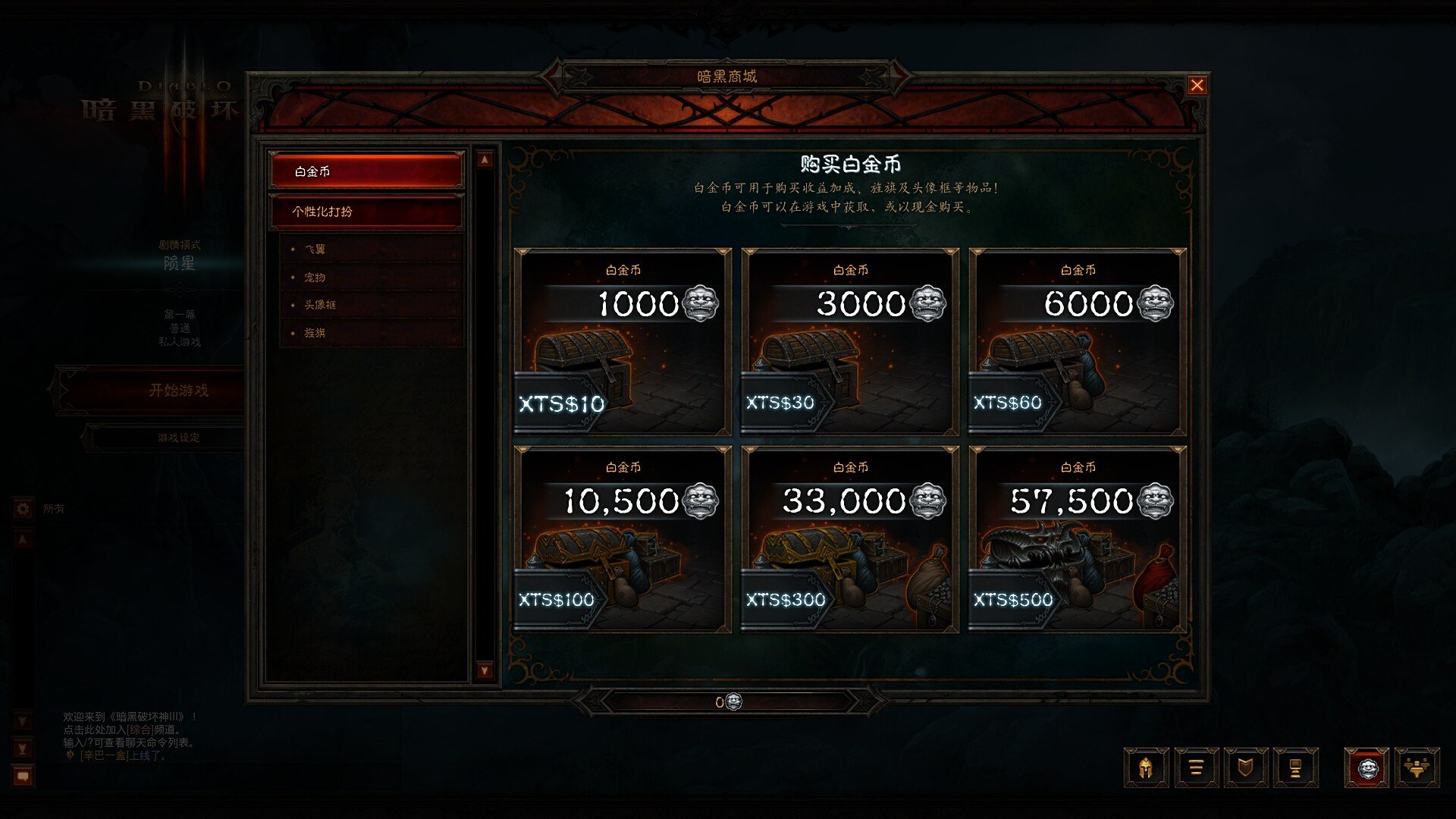 Speaking of Diablo 3 and Blizzard’s games, did you know that they have a different pricing model in China? The game is free-to-play in China and supported by microtransactions such as costumes, wings, and various other add-ons. As for Blizzard’s MMO juggernaut, World of Warcraft, its subscription model in China used “game time,” the aforementioned hourly-based short bursts of play. And when the payment rate for a game-time increased and the subscription model was changed, a lot of Chinese players said goodbye to the game.

In China, where the number of gamers exceeds the population of the United States and Canada combined, this suggests that developers have to adjust to the needs, wants, and financial capabilities of households. That’s why localization experts find Chinese players like freemium games with pay-to-win mechanics and monetization methods, and why it’s important to know the culture so as to ascertain a game’s potential success.

In The Philippines, our internet cafes were once filled with Ran Online, RF Online, MU Online, Flyff, Ragnarok, and of course, Gunbound. Each of these games had a select few players glittering with their [+9] Ultimate Swords or followed by fiery premium phoenixes or djinn. While some players scoffed at them for being “cashers” (“booooo!”), many instead flocked to them like an entourage asking: “huwaw! k0ya h0w 2 be U p0hwzz?” — “Oh man! How can I look so slick just like you, bruh?”

These concepts and mechanics are popular when you come from countries that have a majority of its population impoverished, or in cultures where money and property are seen as status symbols — a started-from-the-bottom (“here’s my crappy-dressed avatar”) now-we’re-here (“I’m decked in shinies, yo”) sort of way. Dressing up, being strong, and showing off — these were seen as the equivalencies of success and dedication and led to others becoming envious due to social comparisons. 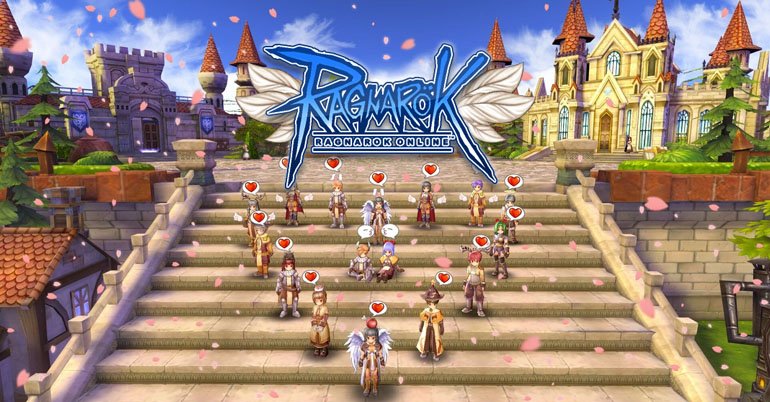 Many gamers (predominantly from the west) feel that free-to-play and microtransactions are destroying the industry. In Asia, however, these are the ways in which we connect to the larger gaming world. These games — with their simplistic graphics and features, with little-to-no-barriers to entry, with their sometimes questionable and dubious mechanics — formed the backbone of the industry in this part of the world.

Our gaming scenes are dynamic and vibrant, and there’s a lot of potential for bigger growth. Esports boomed simply because many games such as Counter-Strike, DOTA, and LOL are completely free. Facebook games, browser games, and mobile games are also successful. We have to make do with what’s available, and we adjust according to our resources. And hey, when the gaming scenes in a dozen or so countries are on the up-and-up, how can anyone think that it’s led to the ruination of the industry?

Criticizing F2P games negatively in general typically entails criticizing the people who play and enjoy them. That’s not to say that F2P games with really terrible microtransactions shouldn’t be criticized at all, just that it’s worth delving into and discussing them without jumping the gun, outright hating everything in the genre, or thinking that the developers who make these types of games are “cancer.” And most notably, when you consider how much the F2P business model has raked in for Zynga, Supercell, and King, it has proven to be extremely successful.

In the end, it’s a matter of perspective. It’s kind of like looking at the J.Frog — to some, it’s just a silly, green frog; to others, that is the single greatest thing in all of gaming.