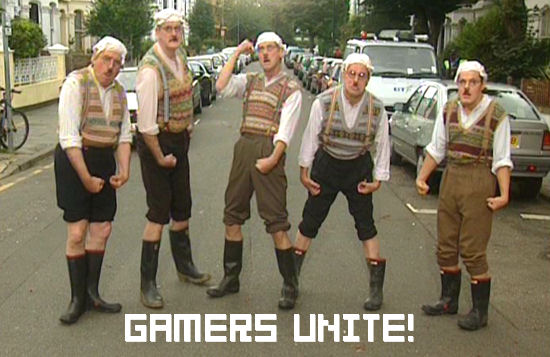 Taiwan news sources are reporting on a new study that claims the playing of videogames, especially violent ones, may cause harm to brain functions and have an impact on their learning capabilities and emotional control. On top of all the murders that these games are making us commit, they’re now turning us into retards with mood swings … which might explain the denizens of Xbox Live a little.

The study was undertaken by Chou Yuan-hua of the Taipei Veterans General Hospital. He took thirty twenty-five year olds and recorded their blood circulation and brain activity before letting them loose on the games. After playing, he noted a decreased flow of blood to the brain and declared that the findings are more dramatic in those brains that have been subjected to violent games. With the bloodflow decreased after only thirty minutes of playtime, Chou went on to suggest that children who spend far longer on their game sessions are damaging the frontal lobe of their brains.

There is no actual proof, as of yet, that reduced bloodflow to the brain can severely damage it, but Chou is pretty sure that we’ll all be mewling spastics before the day is done. He backed his findings up by stating that schizophrenics and depressives have a lower bloodflow in their frontal lobes as well.

What do you think, readers? Have videogames made you stupider over the years? Are you an emotional wreck, unable to retain information? Or is this just rubbish? Personally, I feel that videogames have only improved my mind, as I exercise my thoughtbox to strategize and improve my reflexes, not to mention the rare moments of education that my playing has provided me. All I know is, I play games almost daily, and I’m smarter than most of the people I know who don’t.