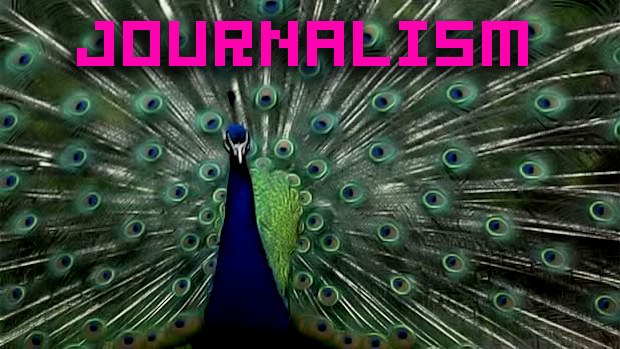 A group of “videogame journalists” scaled a soapbox this past week at GDC in order to rant about the industry and bad jurnalizmz, basically calling out everyone and everything in existence. While a lot of it seemed to be self-satisfactory preening, the words of one Heather Chaplin — game critic, author and apparently the most mature and intelligent on person on Earth — really twisted the knife.

“I’ve been covering the games industry for eight years, mainly for mainstream outlets, and I often find myself acting as a translator,” stated Chaplin at GDC’s rant panel this week. “… It’s not that the medium is in its adolescence, it’s that you’re a bunch of ****ing adolescents. It’s even worse because you’re technically supposed to be adults.”

Chaplin wasn’t the only one on the “Burned By Friendly Fire: Game Critics Rant” panel. There were plenty of names that you could expect to see on a panel with such a grandiose title — Leigh Alexander, N’gai Croal, they were all there, and they all had something to say on the subject. Still, it’s Chaplin that took the gold trophy by describing how immature and pathetic the industry is. There’s no Bob Dylan of gaming, allegedly, because everyone in the industry is a baby.

I could easily and happily pick the arguments apart — talk about how there is room for both the mature and immature, how the medium is in its infancy and it takes time for game developers to grow up and have the life experiences necessary to create a truly stunning piece of interactive art. However, I’m instead going to point out that this kind of stuff is why I never want to be a “games journalist.” My job as a blogger is ridiculous and I don’t ever want to lose sight of that. Think about it — I get paid to play videogames and then tell strangers what I think about those videogames. If that’s not a completely ludicrous career, I don’t know what is. Don’t get me wrong, I love what I do and I never want to give it up, but I could never attach such self-importance to myself and call it journalism.

I am so glad I’m a “bad journalist” if this is the attitude that comes with being a good one.