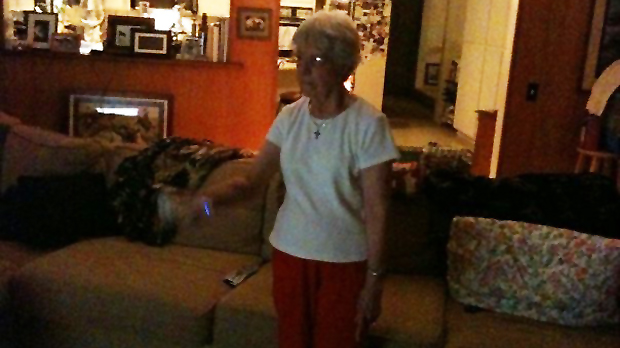 My grandma is ace at bowling in Wii Sports — and yes that is her throwing it down in the pic above (be nice and send some positive energy her way as she’s currently in the hospital). But while she may have the natural bowling abilities of a Roy Munson, when it comes to setting up and operating a console she’s pretty clueless. Thankfully, for anyone with a clueless grandparent itching to get some Gears of War 3 action on or I guess just watch Netlfix, West Virginia State University has the answer for you.

Starting October 18, 6 p.m., at Shawnee Park, WVSU’s extended studies program will be offering a workshop titled “Video Gaming for Grandparents” for those wanting to learn the fundamentals of today’s gaming consoles. Topics such as setting parental controls, handling a controller comfortably, and starting and stopping games are just some of the areas an “expert” instructor will be covering. The workshop is for four weeks, with each session lasting two-hours long, and will cost $40 per person.

Now before the Internet and gamers alike become outraged by the notion of this class, remember not everyone is a gamer. Just like last year’s Best Buy firmware upgrade plan, this too is something that serves a purpose for the super-casual crowd.

With the fast-paced technologically driven society that we live in, it’s hard enough for a tech-savvy person to keep up with all the gadgets that constantly come out, let alone someone who grew up before the digital age. Granted, this kind of workshop could be taught by pretty much any kid today — as it covers some rudimentary topics — but at $5 an hour, there are far worse deals to be scammed by.

I say if this kind of thing offends you, then you should probably take the time out of your daily gaming schedule to educate those who don’t know a Portal from a hole in the ground, rather than complain.

Hopefully this is a success, as I find grandparents gaming completely awesome. Just imagine an online world where gamers actually have some manners and don’t shout obscenities every time they die. Sounds nice, huh?