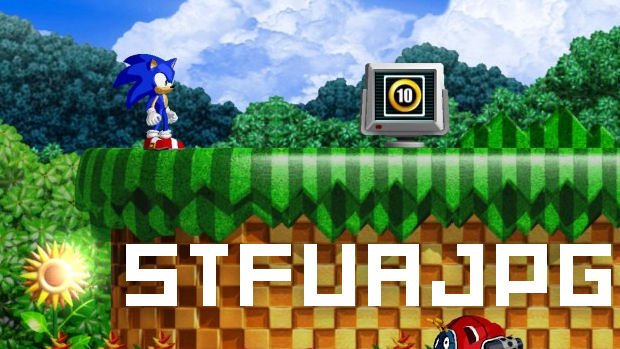 We’ve talked a lot on Destructoid about console fanboys, those amazing creatures who have been born with the sole purpose of ruining the Internet for real people. However, there is perhaps a worse kind of fanboy out there — something more malevolent, more subtle, and altogether more damaging than your average Sony loyalist or Microsoft defender. I am, of course, talking of the franchise fanboy: those dedicated to a single God, as opposed to a pantheon of console exclusives.

There are certain games that have earned themselves a hardcore following. It was the recent revelation of Sonic the Hedgehog 4 and the stream of criticism it received that really got me thinking about this. These people call themselves fans, and we are all happy to go along with it, but when they reveal themselves to be perpetually unsatisfied, prone to complaints over the tiniest details, and outright spiteful, I think they need a new name.

Instead of fans, I declare that they should be known as people who need to shut the f*ck up about everything. 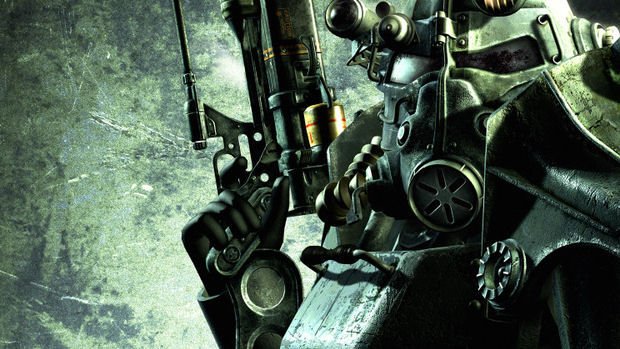 One of the main problems with these so-called fans is the fact that they never want things to change. They’d rather that games never evolve, and that 1996 remain the last year a new game was ever made. Nobody typifies this more than Fallout fanboys, who threw a fitful tantrum over Fallout 3. Their problem? The fact that it wasn’t 100% exactly like the original Fallout.

That’s the original Fallout that, may I remind you, was released in 1997. Never mind that games have moved on since then and a game that played exactly like Fallout likely wouldn’t have made any money, and then nobody would get anything in the future. A lot of these complaints stem from the arrogant idea that the fans know much more about a game than the developers themselves. They talk as if their word is law, telling us that “this is not a Fallout game.”

In fact, that’s exactly what one man, No Mutants Allowed‘s Vince Weller, declared when Fallout 3 came out: “It’s not a Fallout game. It’s not even a game inspired by Fallout, as I had hoped. It’s a game that contains a loose assortment of familiar Fallout concepts and names … Electricity, pre-war electronic equipment, powered and still working computers (just think about that for a second), working cola & snack machines, weapons, ammo, scrap metal (needed by many), and even unlooted first aid boxes are everywhere.”

Because the game did not adhere 100% to this one man’s vision of what Fallout was, the game was no longer a Fallout game. Because various concessions were made to the loot and environment in order to keep the game playable and fun, it was a betrayal. Oh no, unlooted first aid boxes! No, it wouldn’t make sense for such things to survive in Fallout‘s world, but it’s a videogame, and it has to function like one, which is something that these so-called fans seem to forget.

Yet others hated the game simply because Bethesda was making it. Some of them were declaring it to be “Elder Scrolls with guns” long before the game was even released. It’s not like Interplay was incapable of doing much of anything at the time, eh? It doesn’t seem to matter that what these people want is impossible. If it’s not exactly what they like, then fuck the game.

Fact is, this was the first Fallout game in years, and most people loved it. So, these people were complaining about a new game for their favorite franchise that was pretty good by all accounts and made a lot of money, ensuring future Fallout games for quite some time. Yet, had these guys had their way, I doubt we’d even be talking about Fallout DLC, or New Vegas, or anything Fallout-related right now. Had these guys had their way, we’d have a game that looked, sounded, and played like something from 1997, and it would have sold to a small group who would then have likely complained that it hadn’t changed enough. 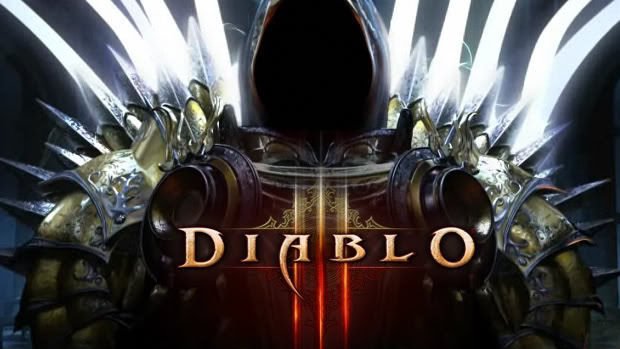 Then there is Diablo III, a game that needs no introduction and that has raised a gaggle of complaints that we’ve all heard about by now. This situation, again, stems from the self-important assumption that fans are the be-all and end-all of videogame knowledge, and that if they are not catered to in all departments, then the game may as well be for another franchise entirely.

Diablo purists lost their little minds after viewing Diablo III for the first time. After seeing just a handful of screenshots, they set up a petition to complain about how bright it was, and cry about the perceived World of Warcraft influences. Their list of grievances, followed by their list of demands, made for reading that was both hilarious and depressing at the same time. Here’s what the miserable fans, who had been waiting years for a new Diablo, had to say about their new Diablo:

What we got in Diablo III:

A list of demands. Like they have hostages or something. Like their problems represent the problems of the world at large. Blizzard, for its part, mocked the sniveling of the self-professed fans, who had become so obsessed that they doctored images to make them darker in a bid to “help” Blizzard understand what its own game should look like. Once again, the sheer arrogance of that is astounding. Sure, having an opinion on a game is fine, but to judge it before it is even released, and Photoshop screenshots to tell the creators of Diablo that they’re getting their own franchise wrong, is simply narcissistic. 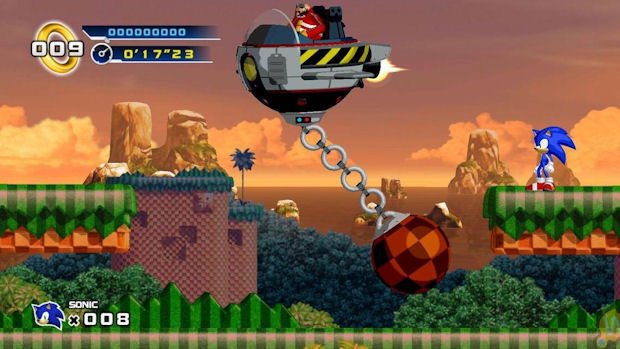 And that brings us neatly to the latest issue, Sonic the Hedgehog 4, and yet more idiotic fans who believe they understand the game better than anybody else. I already covered a list of complaints about Sonic 4 in a previous article, but those complaints were mostly from detractors. It’s a sad day when fans are worse than critics, but that’s the world we live in. We tend to hurt things we love more than things we hate. Anyway, the rampant whining of Sonic fans could very well steer us into trouble. It has before.

When Sonic Advance was released, it was like a breath of fresh air. Or old air, if you tend to look at it that way. It was a proper, 2D, old-school Sonic game. It even had the original Sonic the Hedgehog theme tune. There was no game closer to a true Sonic game within a hundred miles, but what did the so-called experts say?

Not only was this ridiculously wrong, it also led to Dimps answering those stupid criticisms with Sonic Advance 2, a game that put speed over level design and fell into the same “hold down the D-Pad to win” gameplay that haunted all recent Sonic games. Sonic Advance 2 proved that sometimes, fans really don’t know what the fuck they’re talking about.

I’ve said it before and I’ll say it again — Sonic was never about speed. Sure, speed was a factor, but it was there as a gameplay reward, not a gameplay substitute. The focus was on level design, and you’d get short sections of rails-like speed as little exhilarating treats throughout the game. Go play the first three Sonic games again and try to tell me that they were about speed. Compare Sonic 3 to Sonic 4 and try to tell me that Sonic is “too slow.”

Then there are other arguments. Petitions for Sonic to be redesigned so that he looks exactly like his 16-bit counterpart. People going so far as to criticize the fact that Sonic has some color in his eyes, or that his legs are too long. Once again, this is a game people have wanted for a long time, and as soon as they get it, they start finding other things to moan about. Even if those things are wrong, or would take the focus away from improving the stuff that matters, or, in the case of Sonic’s speed, would outright ruin the game. Shit that just doesn’t matter. If the game is good, is it really crucial that Sonic’s legs are stubbier? Really? Is that what we’re reduced to? Is that what should be the focal point of a potentially great franchise revival?

It’s the sheer selfishness of these so-called “fans” that really irritates me. They don’t care about other fans, or even the developers. They don’t give a shit that if a developer catered exactly to them, that they could risk making a game with limited appeal and lose money. You’d think a fan would be happy to see a game in their favorite series make some money, but apparently not. The more hardcore the fans, the less happy they seem to be.

Being a fan of something is very good. Fandom itself can be a terrific and fulfilling thing. However, when our fandom drives us to be miserable and perpetually unsatisfied with everything, perhaps it’s time to call it quits. If a Diablo fan can’t be happy that a new Diablo game is coming, and if a Sonic fan can’t let a promising Sonic game by without pointing out niggling non-issues that normal people don’t have a problem with, then that’s a real problem.

Try and remember why you liked something rather than only focusing on the stuff you hate. Criticism is fine, of course, but the sheer hatred and bile that spews from self-professed fans takes it too far. I can be a very critical person, especially of the things I love, but I try not to let minor little problems spoil the overall picture. If something is disappointing when it’s finally in your hands, by all means let it rip. Just don’t moan because Diablo III has a rainbow in it, or because Fallout 3 wasn’t developed in 1997.

Maybe just shut up about everything and try to enjoy something.