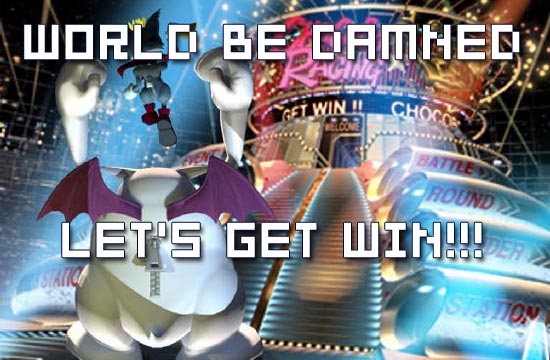 I am the Hero of Legend. The planet’s fate rests in my hands. I will not be stopped.

My travels have spanned the world, and my prowess as a hero has steadily grown. With each stroke of my weapon I grow stronger; with each tick of passing time, my mastery of ancient arts grows. In the darkest crevice of a long-forgotten temple, I was bestowed the power to summon a hail of fire; in the sweet embrace of an immortal aquatic faerie, I learned the art of materializing a lethal typhoon, seemingly from the aether of air itself.

I continue in my quest to command the universe’s mysteries — one of the world’s greatest powers lies dormant still, buried in the annals of an ancient ruin, behind a barred door. This locked portal of ordinary wood requires a key, of course, and all my ancient magicks cannot cause it to yield. I have only to collect a few more rare artifacts to trade to an old fisherman in exchange for a magic feather that will summon a bird that will carry me to a great sage’s mountain hut, and there, if I solve his obstacle course in time, will I be granted the key to unlock this power. Strangely, my ability to manipulate gravity, fire, wind and mythical beasts cannot avail me now.

My magic cannot elevate me over prohibitive fences, cannot wash away the poisoned waters of a dangerous swampland, and although it can teleport me to any village I desire, it cannot materialize me alongside my mortal enemy, the dark wizard who threatens humanity, that we may do battle. And although I can raise the dead, magic will not avail me in solving the mysteries of love, in which I’ve found myself embroiled ever since my companion, a tender healer from a wise tribe, asked, “Do you like me? Y/N.”

There is no time. The state of the world becomes ever more perilous as the dark lord gains power. He has leveled entire villages for his own amusement. My sweet love flung herself upon her knees, wailing “Nooooooooo!” And I was powerless to console her, merely rearranging the belongings in my rucksack to pass the time.

Alas, the grievous scene was a trap! The minions of the dark lord swept in, stole my beloved from my eyes. And though they were but lowly demons, felled by the thousands at my sword’s edge, I, with the power to open the earth and swallow hostile caterpillars whole, stood rooted to the spot. She was gone.

The world is ending, the dark lord is encroaching, and now my innocent darling is a prisoner in his clutches. The time has come. I must journey to the foul stronghold of the dark lord and end this, once and for all.

But first, I did what any man in my shoes would have done, what countless heroes who preceded me have done for centuries. I went to that gilded plaza that stood in the center of a flowered meadow, surrounded by bright pennants. I entered that festive space, and there, I played casino minigames for days.

I raised my ranking in the battle arena; proudly I strapped my prize, the Power Belt, around my waist. I garnered the Hero’s Glove, the Princess Tiara. It’s for her, I told myself insistently, cultivating with as much sincerity as I could muster the burning desire for revenge that roiled in my gut. I played the slots, and I showcased the card collection I had been quietly accumulating throughout my journey so far. Even as everywhere we turned had showed us vistas of death, destruction and our ultimate end, I had gathered rare playing pieces — the world may be ending, but I have gained a badge that will allow me to play cards against the casino owner himself! Days passed in that endless playland, as I frolicked in a bacchanal of victory, and as I slept the sound of my clinking coins lulled me to sleep. My arcane gifts — the power to curse, to charm, to poison — might have allowed me to assume the assets of that entire establishment, but no! Oh, to play, ha ha ha-HA!

Those neon-kissed vistas, those blessed puzzle rooms, those forbidden treasure chests! With the new, rare and precious armaments I’d gained at the casino, I sought to uncover more of the world’s secrets. I traveled back to those places I’d been before, finally able to open that closet in the mayor’s mansion that had heretofore been forbidden me. I roil in shame to think of it — while my love languished in that land of decay, I sought to leave no stone unturned, no tree unshaken, no treasure unmolested, in the map of my journey.

Wealthy and powerful as a baron, I came to my senses. All I could recall was something about an ancient prophecy, some crazy demon man, and, oh yeah, that chick’s still kidnapped. What was I doing, again?