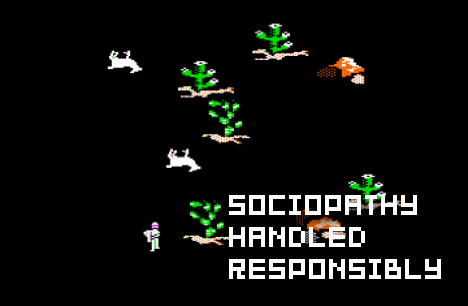 Kids in Canada are getting a fresh perspective on the prevention of bullying behavior via a videogame. Quest for the Golden Rule is a simulation game that allows children to virtually contend with bullying behavior both safely and rationally through a variety of game modes. Basically it’s like Second Life, except it has a point and there aren’t any furries.

Developer of Quest, Steven Brown, isn’t a stranger to the videogame medium. His personal take on education-based games are that they are “surprisingly great for teaching relationship-building skills and empathy,” Brown told Toronto Sun before adding, “Isn’t it ironic that antisocial computer games can teach social skills?”

I certainly never got an opportunity to light bullies on fire or whatever you do in Quest for the Golden Rule. When I was in school, I was forced to deal with the Oregon Trail. The Oregon Trail taught me that the senseless slaughter of animals is okay if you have a son with dysentery or if you foolishly chose the banker from Boston.

I suppose educational games have come a long way since.