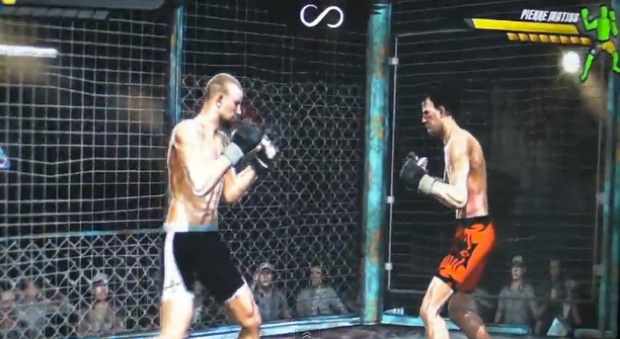 With Zuffa — the corporation behind both UFC and Strikeforce — basically owning most of the mixed martial arts industry, the future games based on the sport is uncertain. As the sport continues to legitimize itself, I believe the gritty vision of fighting that Supremacy MMA brings to the table is something Zuffa wouldn’t.

We had a chance to speak to Ricci Rukavina of Supremacy MMA developer Kung Fu Factory about the detalis of the game in a very intimate “Chill Bro” interview environment. Arcade-like in its gameplay, Supremacy is a brutal, violentgame. However, this is an alternative to the current batch of MMA games available, and it’s taking some exciting risks. There will be blood, dramatic story lines remiscent of 80s Jean-Claude Van Damme films, and… lady fighters!

Look for Supremacy MMA to drop later this year.