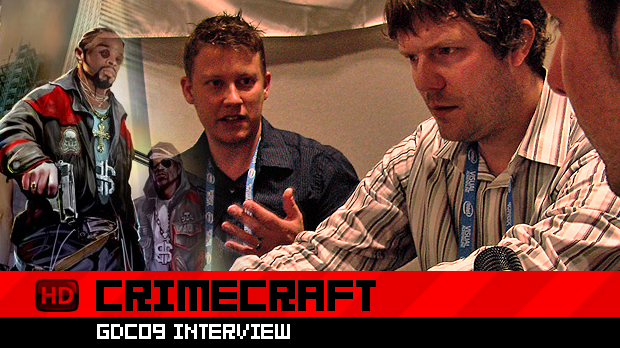 Set in a gritty, urban environment, CrimeCraft isn’t like the slew of other PC MMOs already available. There are no dragons. No orcs. It’s not in a sci-fi setting. It’s not based on an existing IP. No, CrimeCraft appeals to a market that’s long been overlooked, folks more interested in games like Grand Theft Auto or other “more realistic” shooters.

We had a chance to sit down with some folks from Vogster to give us a run down on what you can expect when the slick-looking title hits PC later this year. Hit the jump to see CrimeCraft in action.