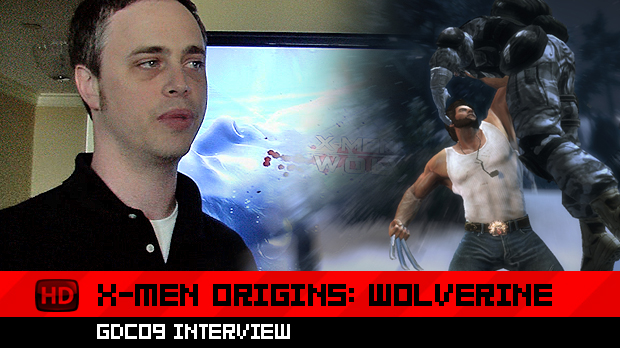 I think it’s safe to say that everyone who’s had a chance to play Raven Software’s X-Men Origins: Wolverine has been pleasantly surprised. Instead of a game that shamelessly ties itself to a movie license to deliver a watered down cash-in experience, it looks like it’s going to deliver solid, brutal action that truly does justice to Marvel’s character.

Yesterday, Jim brought you a hands-on preview of X-Men Origins: Wolverine, detailing everything from the game’s visceral combat to Wolverine’s epic battle with a Sentinel. He was also surprised to find out how violent the title was — Wolverine hacks off limbs, decapitates soldiers, and even impales them on environmental hazards when given the opportunity. (Wouldn’t you?) Yes, the Xbox 360 and PlayStation 3 versions of this game will most definitely be rated M.

At GDC a few weeks back, we cornered Raven Software’s Jeff Poffenbarger to talk about X-Men Origin: Wolverine. He tells us about bringing the essence of the character to life, the game’s real time damage and healing abilities, and more. Check the video interview — along with some sick HD gameplay — after the jump.