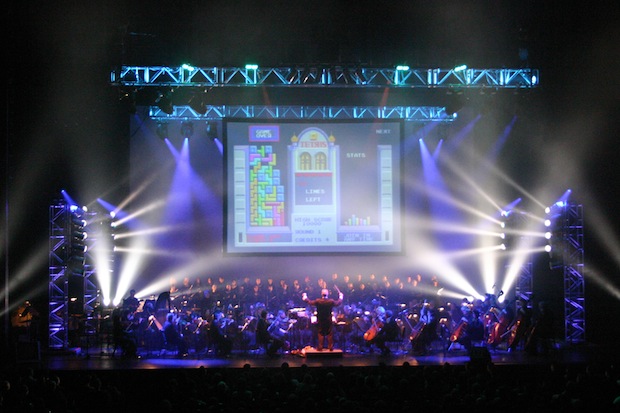 Game music concert series Video Games Live says that they’re going “off the grid” to bring their orchestral performances to smaller towns starting this week. They’ve done the big city thing for about a decade now, but it’s nice to hear that they’re taking care of the non-city people this year.

Creator and game music composer Tommy Tallarico says tat they’re aiming for as many people as possible to get to experience their event, and that due to certain sponsorships ticket prices are as low as $5 a seat in some venues. Nice. It’s also nice to know that very little will be changed for these smaller shows outside of accommodations for smaller stages.

Their “Off the Grid” tour starts this week in London, Ontario. By the end of April they’ll be in Arkansas, playing in a chicken coop! Joking…kind of.