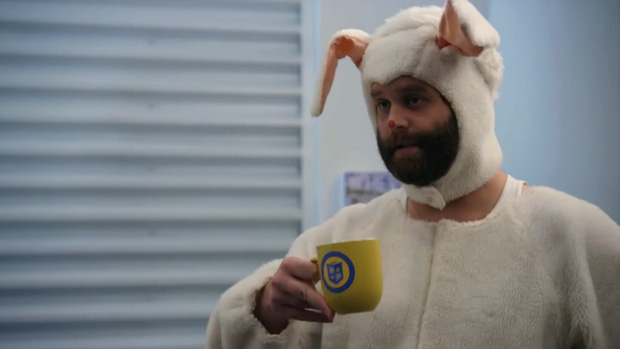 You can’t escape The Law

The first season of web series / movie Video Game High School was the campy tale of a skilled FPS player who gets accepted into a prestigious institution that values gamer cred over academic cred. It wasn’t without numerous flaws, but it was an entertaining enough romp that garner over 50 million views across nine episodes.

On Thursday, July 25, school will be back in session for a second season. The episodes are longer, the budget is bigger, and the cheese is probably a lot stinkier too. You’ll find a normal 24 fps trailer above, but frame rate junkies can head on over to production studio Rocket Jump’s site for a souped-up version featuring 48 fps footage during the videogame sequences.

I actually interviewed the cast and crew of Video Game High School during E3 week. Expect that to be posted on Destructoid some time during the next week to pump you all up for the premier. And if you haven’t seen the original, you can check it out online or via DVD, Blu-ray, iTunes, or Netflix.