Counting down until Halloween

We recruited a new member to our party today, but they’re a little… strange. We found them hanging out in a swamp eating frogs. At first, I thought it was an enemy, as their appearance startled me, but they seemed eager to join our team and we need all the help we can get. Let’s hope for the best!

The new recruit has turned out to be very useful in battle, although their tactics are rather unsettling. I don’t know how to put this delicately, but… they have literally been eating our enemies alive. They have a voracious appetite which seems as though it can never be satisfied, and they have a taste for almost anything. It’s good for us, as they have been making short work of the monsters in our path and scaring the rest of them away. It’s a bit disturbing to watch, though… All that slurping and crunching is gruesome. It makes my stomach turn over just thinking about it.

Today we were fighting some soldiers from Alexandria and our new recruit tried to eat them. Human soldiers. The rest of our party was horrified, and I told the new recruit that they could not eat humans. They seemed very disappointed. They kept muttering, “but it look so tasty,” and, “I so hungry.” Everyone has been a bit wary around them since the incident. Perhaps it’s time to find a replacement. They’re bringing down morale and making everyone uncomfortable. For now, I guess I’ll wait and see if something like this happens again.

I awoke today to find that a member of our group had gone missing. His old rusty armor was still lying at the foot of his bed at the inn, but he was nowhere to be found. Maybe he ran away in the middle of the night? I guess I wouldn’t blame him, and leaving his armor behind would allow him to escape quickly and quietly. I will miss him. Even though the two of us didn’t quite get along, he was a tremendous asset in battle.

The new recruit has been acting stranger than usual lately. They keep giving everyone these really weird looks and their mouth starts drooling… I keep thinking we should just ditch them, but since we lost Rusty we really can’t afford to lose any more members.

Another member of our group has gone missing. Her spear and clothing were strewn about her bed, and now I’m seriously worried. There’s no way she would have left without her things. I think it’s time to leave the new recruit behind… I’ll let the other two in on the plan, and hopefully we can escape tonight.

I stayed up all night waiting for the perfect opportunity to wake the others and leave, but the new recruit apparently sleeps with their eyes open? Watching them… sleep?… sent shivers down my spine. I’m not sure what to do at this point. We might just have to make a run for it.

We made our escape while the new recruit was busy feasting on a large basilisk. The slurping and munching was quite loud, so hopefully they didn’t hear us over all the noise they were making. We managed to hail a passing airship and returned to Alexandria to come up with a new plan for our adventure. The princess has been really scared lately, and we’ve all been mourning the disappearance of our two allies. I have a horrible feeling we won’t be seeing them again… but at least the three of us are safe now.

The new recruit followed us to the Capital! How did they know where we were? How did they get here so quickly? They surprised us late at night, a crazed look in their eyes. I grabbed the princess and ran, but I didn’t know where the mage had gone. I hope he found a place to hide or something. I don’t know where else we can go, but we have to get away. For now, we’re going to hide in the woods outside of town.

The princess and I became separated in the woods somehow. One second she was right behind me and the next thing I know she’s gone! I’ve been calling her name and running around in a panic. What should I do?!

They’re here. They followed me into the woods. I can hear their heavy breathing and horrible slurping sounds. I fear there is nowhere left to run or hide. They seem to know exactly where I’m going at all times. I’ve been running all day. I don’t know how much more of this I can take… Just thinking about their awful, dead eyes and insatiable appetite fills me with dread. Is this the end for me? If someone finds this journal, heed my warning! Stay away from the Q — (indecipherable scribbling) 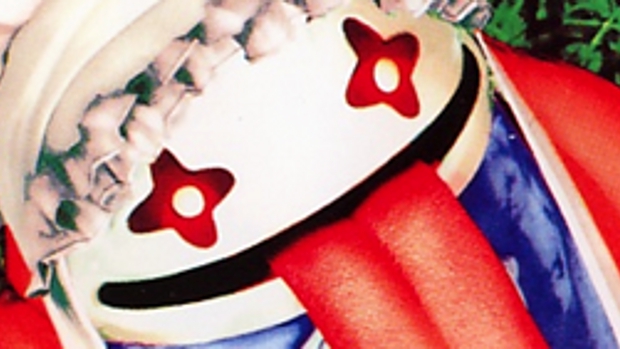