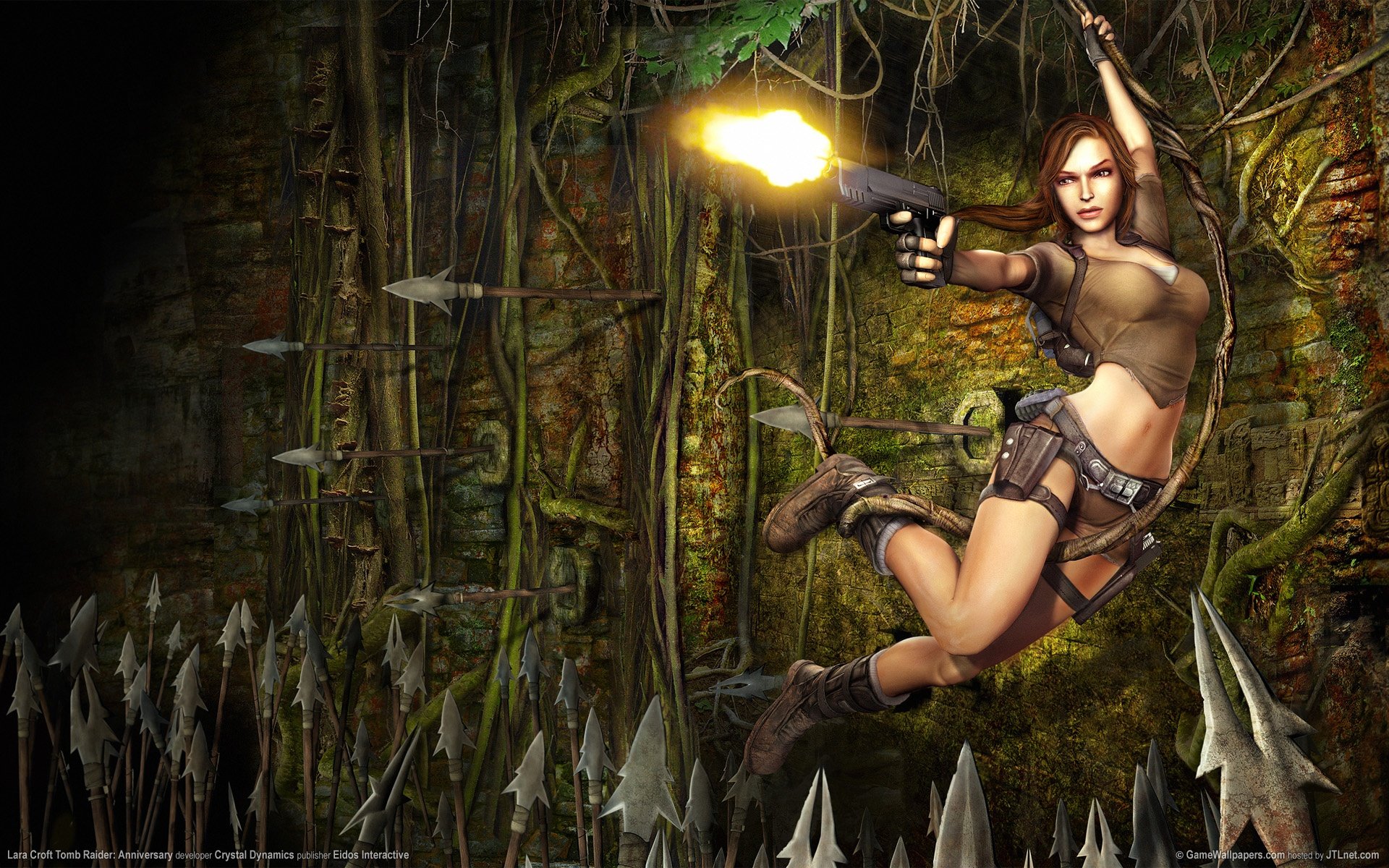 A big year for many hit series

[2016 was a big year for video games across the boards. It’s also the anniversary of MANY hit titles for some of your favorite series. NinjaSpped takes time to share some of these hit series with you – let the celebrations begin! ~ Stephen]

As 2016 nears its end, I wanted to look back at this incredible year of video game anniversaries. A variety of game franchises celebrated exciting milestones! These are just a few of those great video game series.

The Tomb Raider series is beloved because of its exciting tombs, explorative environments, and engaging lead character Lara Croft. The latest release was Rise of the Tomb Raider – 20 Year Celebration for PlayStation 4 featuring all the DLC from the 2015 game plus additional new content including PlayStation VR support.

The popular “Pocket Monster” collecting and battling franchise spans across anime, trading cards and of course video games. Players have enjoyed traveling across different regions, catching and battling Pokemon to become the best Pokemon trainer! Pokemon GO and Pokemon Sun & Moon were both a phenomenal success for the brand. They have garnered attention in media that video games rarely receive, making the series more popular than ever.

This third-person shooter has kept fans engaged with players using cover to their advantage for combat. Two player co-op campaigns, a “battle against overwhelming odds” plot, and distinct weapon options are just part of the experience. The latest release, Gears of War 4 was developed by The Coalition, who was more than up to the task to continue the series’ success following the previous developer Epic Games.

The series debut 10 years ago.

With various timelines, puzzles, items, exploration and more, the Legend of Zelda series is absolutely adored by fans across the world. Interestingly enough, the lead character is the silent hero Link, rather than the titular Princess Zelda. The next title in the franchise is the long-awaited The Legend of Zelda: Breath of the Wild. Promising a breathtaking open world and new ways to explore, this highly-anticipated title is set to release in 2017 for the Wii U and the Nintendo Switch.

The Sonic the Hedgehog franchise is well-known for its speedy platforming gameplay and colorful, energetic title character. Sonic became an iconic franchise in its own right after competiting with Nintendo’s Mario. The next titles in the franchise include the promising Sonic Mania and Project Sonic 2017, which are both planned to release in 2017.

The series debut 25 years ago.

This fan-favorite game series features high school students combating various supernatural threats. Strong themes about the human psyche surround each game in this RPG spin-off series of the Megami Tensei franchise. Fans eagerly anticipate Persona 5, which will release in 2017 outside of Japan.

The Crash Bandicoot series features the titular bandicoot fighting against an evil scientist bent on world domination. The main titles in the series are 3D platformers, which were popular in the late 1990s and early 2000s, while spin-off games have included popular racing games. Following a guest appearance in Skylanders: Imaginators, Crash will return in Crash Bandicoot: N.Sane Trilogy, a collection of the first three games remade.

The exploration and darker themes of this series have kept fans engaged for years. Players control bounty hunter Samus Aran as she deals with alien threats throughout the galaxy. The fact that the lead character was secretly a female was quite shocking at the time of the original game’s release. The Metroid series has inspired many other titles. In the early 2000s, the Metroid series made a revolutionary change by introducing a first-person shooter title called Metroid Prime, which fans have also embraced.

This colorful series keeps players invested in building their own town, designing homes, catching insects or picking fruit. Many fun animal characters in the series include Tom Nook, KK Slider, Isabelle, and Mr. Resetti. Plus, you get to play as a human villager which looks adorable! A mobile title is planned to release in 2017.

Once known as Dragon Warrior in the west, the Dragon Quest series take players on a journey to save the world in this popular RPG series. Extraordinarily popular in Japan, Dragon Quest is one of the most influential RPGs with brilliant gameplay and music. The latest releases in the series were Dragon Quest VII: Fragments of a Forgetten Past, the popular remake for Nintendo 3DS, and Dragon Quest Builders, an engaging spin-off title.

Action, horror, zombies, and exploration are the foundation of Resident Evil. Jump scare moments, a cinematic presentation, and puzzle solving have delighted fans for years. Resident Evil also holds the honor of the most successful film series based on video games. The next entry in the franchise, Resident Evil 7: Biohazard, will scare fans in 2017 with exclusive PlayStation VR support for the PlayStation 4 version. Yikes!

Praised for its first person shooter gameplay and compelling lead character Master Chief, the Halo series first appeared as a launch title for the original Xbox, setting Microsoft up for serious success in the gaming market. The online multiplayer alone has provided hours of fun with plenty of modes to choose from.

Featuring cute tiny creatures called Pikmin, this series focuses on strategic gameplay as the player manages Pikmin to complete tasks like picking fruit and fighting enemies. Time management is important as the player and their numerous Pikmin must rush to finish their activities before the day ends. A new side-scrolling title has been confirmed for the Nintendo 3DS in 2017.

Looking to the future, 2017 anniversaries include Kirby, Mega Man, Street Fighter, Final Fantasy, and Kingdom Hearts. I think it’s worth celebrating a game franchise’s anniversary, whether that’s a new title, remastered title, or a spin-off title. It doesn’t even need to be a game. A celebration event, an art book, a soundtrack, etc. would be exceptional as well. Congratulations to all these series for their years of success. I hope they continue to be successful for many years to come.

What do you love about these franchises? What about any series I didn’t include such as Kid Icarus or Diablo? Please comment below.