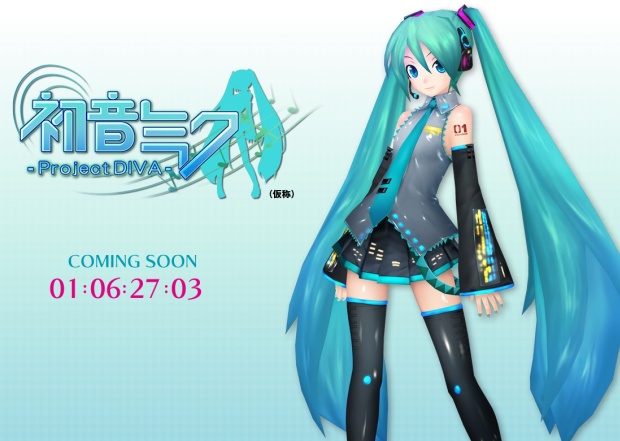 If you have no idea who the blue haired girl in the picture above is, don’t worry — Japan is obsessed enough with her to make up for your ignorance. Known as Hatsune Miku, the character was created to accompany asinging synthesizer called Vocaloid made by Yamaha back in 2003. Six years later, the virtual idol is still incredibly popular, and this year she gets her own rhythm game for the PSP, called Project Diva.

As you can see in the video after the jump, the game looks like a lot of fun, showing off gameplay that looks  like it would appeal to any Beatmania fan. Apparently you can also edit the songs for difficulty and change Miku into any one of a billion costumes as well. And if you think only girls are going to buy this in Japan, think again — there’s a whole world of toys and other merchandise associated with this character, which sells like wildfire. Even if you have no idea who Miku is, keep your eye on this one if you love rhythm titles.

The game comes out this June — my importing fingers are ready!