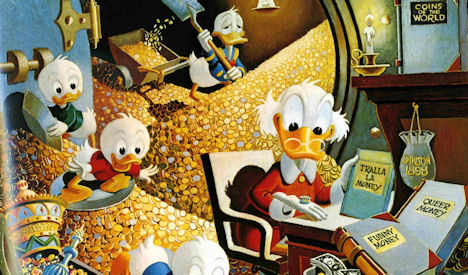 How much money is Rock Band worth? More Nazi gold than has ever been smelted, if Viacom’s absurd $300 million bonus to the development studio is anything to go by. Viacom is to award Harmonix founders Alex Rigopulos and Eran Egozy more than that princely sum as part of the studio’s 2006 acquisition.

For exceeding performance targets in that last quarter, Viacom awarded the Harmonix boys roughly $150 million. The second half of this meaty bonus is due to be received in 2009.

“We may not have anticipated the payment would be that high, but it’s based on what they have achieved,” started a Viacom rep. “If they are making more money for us and we have to give a little back, that’s ok.”

I love how that’s put. “That’s ok,” as if Viacom really had to think long and hard about giving Harmonix what it earned. Still, that’s a ridiculous amount of money, and it just goes to show the power that plastic instruments have in this industry. Now someone help me design a Spoons n’ Harmonica game so we can be as rich as Texan land owners.