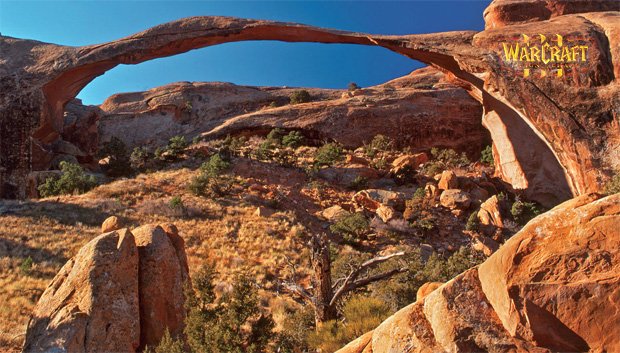 It’s been more than seven years since Blizzard released Warcraft III: Reign of Chaos, and yet here I am playing the real-time strategy with as much enthusiasm as when I first bought it. No, the single-player campaign isn’t that good — I’m referring to the game’s immensely popular mod scene.

I recently had a sudden urge to dig out my copy, along with the expansion, The Frozen Throne, and I can’t tell you how happy it’s made me. So happy, in fact, that I decided to whip up an article describing some of the insanity to be found in the world of Warcraft III custom games (pun sadly intended).

The Battle Chest can be found for under $40 shipped, and whether you are into RTS games or not, it’s one of the smartest gaming purchases you can make right now. Personally, I have gotten hundreds of hours out of the user-generated content, and it continues to feel every bit as fresh today.

As an added plus, the game can run on just about any hardware you have — even your sexy new netbook. Honestly, there are only a few reasons why you wouldn’t want to take the plunge, and they’re all pretty silly. You don’t want to be a silly person, do you? I thought not. 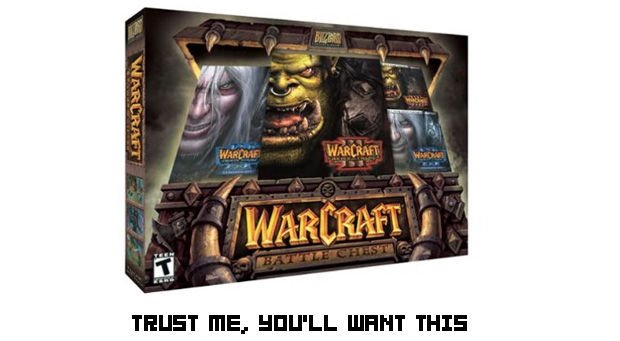 Since the entire reason for me writing this thing is to show the uninformed a bit about what’s out there in terms of custom games, and not count down the best of the best necessarily, here’s a quick disclaimer. It’s been long enough since I was fully bitten by the WC3 bug for me to forget the names of many of my favorite maps, so this article is by no means a comprehensive list.

In other words, if there’s a mod I didn’t get around to discussing, feel free to talk about it in the comments, but don’t burn me at the stake for not bringing it up; we’re on the same team here! I attempted to scrounge up everything I could remember from the old days, and some newer, interesting stuff as well, but there was just no way I was going to get it all.

Without further adieu, here are the mods I believe you fine people should play. You can download the necessary files by clicking the titles below, and from there, simply put them into your Warcraft III maps folder. For me, it was “C:\Program Files\Warcraft III\Maps\Download” but realize the location could vary from person to person.

Lastly, to access the files, load up Warcraft III, go to Single Player, then Custom Game, and finally go into whichever folder you placed the files in (I use the “Download” folder, myself). 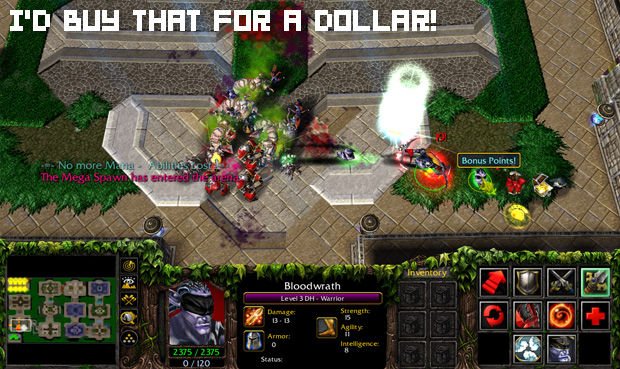 Yep, the eternally fun dual-stick arcade shooter Smash TV has been recreated in Warcraft III. Need I remind you this is only the beginning, folks. You start out by choosing a hero unit, each of which have their own unique abilities, and then you are tossed into a room. Similar to the real Smash TV, you have a few short seconds before wave after wave of enemies form into a spontaneous but oh-so-angry mob.

While simply coming into contact with an enemy doesn’t flat-out kill you, they do dish out an awful lot of damage which forces you to stay on the move. Your only chance for survival is to pick up special powers in addition to “summons,” which are seemingly random monsters used to divert attention away from your character.

Between rooms you get a quick moment to upgrade your abilities further, but from there it’s straight back to the adrenaline rush. All in all, it’s as faithful a recreation of Smash TV as you could hope for, right down to the ridiculous level of difficulty. Seriously, you will not beat this thing on your lonesome.

While I have no facts or evidence to back this up, it’s pretty plausible I played more Enfo’s Team Survivor than I did any other custom game, and therefore you are obligated to try it. Essentially, the game is all about picking one of a billion different hero units, and proceeding to protect your base from a near-infinite amount of baddies with a ragtag team of other players.

For every enemy that enters your group’s magical ring of light (don’t ask), you lose a life. Lose all of your lives, and it’s game over. The twist is that there is an opposing team who is also trying to protect a base, and it’s your mission to outlive them.

The greatest draw, at least for me personally, is the mind-blowing amount of abilities you can use; the same could be said for basically any of Warcraft III‘s vast number of hero defense-type custom games, but whatever. For instance, my space marine above can shoot missiles (presumably) out of his orifices. Why? I don’t know, and I don’t care — it’s badass, though. The end result is gameplay that is only limited by your unwillingness to choose new heroes. 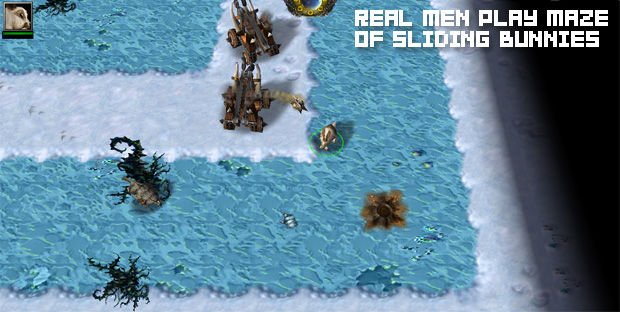 This is where things start getting weird.

Maze of Sliding Bunnies is something you have to play for yourself in order to fully comprehend and even appreciate, but I’ll do my best to sum up the uncanny experience. You are a rabbit, first and foremost. When you step on the blue ice shown above, you are propelled in whichever direction you’re facing. If you get hit by a catapult, you die. If you touch the snow, you die. If you so much as look at a wolf funny, you die.

The odds are stacked fairly high against you, although thankfully, there are checkpoints. Sweet, sweet checkpoints. MoSB is all about precision, and having the reflexes of a cocaine-riddled ninja. It may look cute out the outside, but it’s all a charade. Only the manliest of men can make it to the end.

Defense of the Ancients

You knew it was coming, didn’t you? DotA, essentially, is the custom game when it comes to Warcraft III. Besides having its own song, and having its core concept used to create retail games, I’d be willing to bet money that someone could write a book about its intricacies; I am not that someone.

The gist of DotA is this: two teams of heroes each have their own massive base, and they desperately want to destroy one another. Both sides get a constant stream of AI-controlled minions to aid in the destruction, which can be killed for experience points that ultimately improve the stats/abilities of heroes. There’s a lot more to it than that, but this article is long enough as is (protip: use Google if you’re dying for more).

An insane amount of time was put into balancing the various hero types, and it shows. The only downfall, I would say, is that new players are going to have a hard time getting into it. Even though you play on a team, you’ll get your ass kicked by experienced players early on and be called out for it. Some people are way too into DotA, and that can be a serious turn-off for some of us. Take a chill pill, guys! 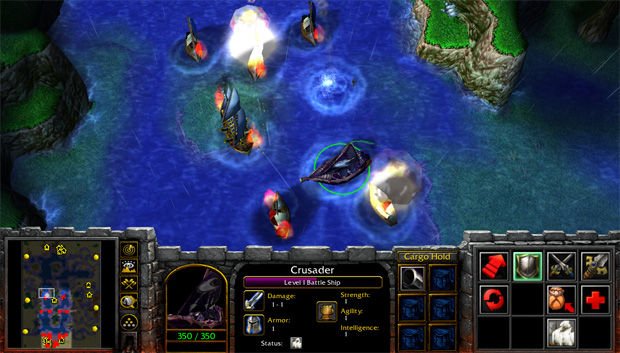 Battle Ships shows just how versatile the Warcraft III map editor is. I imagine some brilliant guy played Defense of the Ancients and thought, “hey, this is pretty cool, but it’s definitely missing something.” Then one day it all of a sudden hit him; he knew what DotA was missing: boats. Yes, boats. But not just any ol’ boats, oh no, it needed to feature f’ing awesome-looking boats.

If you are anything like me, the rambling nonsense above sold you on Warcraft III, and you are now waiting for the required updates to download through Battle.net while you read this. I vaguely recall once playing an epic Mountain Dew-fueled Battle Ships match that spanned across multiple hours and went late into the night. How rad was it? So rad.

Perhaps one day you will be able to tell your grandchildren a similar tale.

How could I get this far without mentioning a tower defense, you ask? I couldn’t! While Warcraft III is famous for its stellar TDs, I wanted to limit myself to talking about only one of them for whatever idiotic reason. So, I ended up going with Element Tower Defense, because A) people still actively play it on Battle.net, and B) I’m not the only one who loves it; this mod comes RPS-approved as well.

Like most tower defense games, by definition, you are tasked with building towers to stop groups of enemies from reaching the end of a set path. Unlike most TDs, however, is the absurd level of upgradeability for your helpful structures. Not only are there multiple elemental towers (fire, earth, darkness, etc.) to begin with — you can also mix and match elements to create new, more powerful towers.

Additionally, enemies have certain weaknesses and strengths against the various elements, which, all things considered, results in a extremely deep and satisfying game that rewards experimentation. If you only try one WC3 tower defense, make it Element TD. 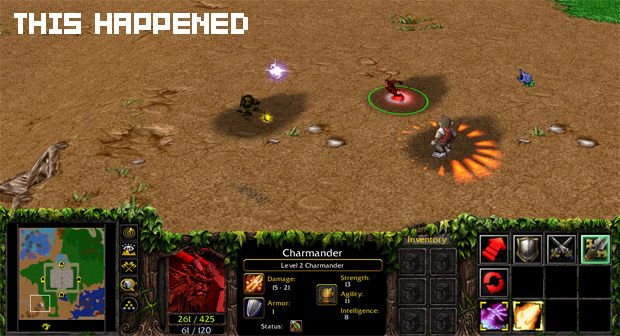