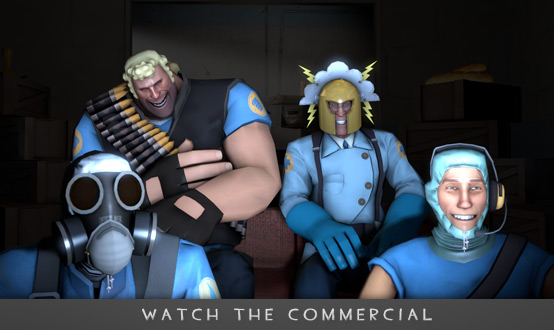 Bunch of promos for the the new season

Venture Bros is back! Season 5 started up this past Sunday, and for those of you that missed the first episode it’s available to stream in full on Adult Swim’s YouTube channel. Or you can download the first episode on your Xbox 360 for free until June 9.

That’s not all! Team Fortress 2 got some more Venture Bros. items, which consists of a bacteria blocker, weather master helmet, and breather bag. The only cool thing here is the weather master helmet though. Oh, and Valve released their first ever Team Fortress 2 commercial, which, uh, kind of sucked. I mean it was great for fans that already know about the game, but it didn’t do anything to try and draw interest from new potential players. Marketing!