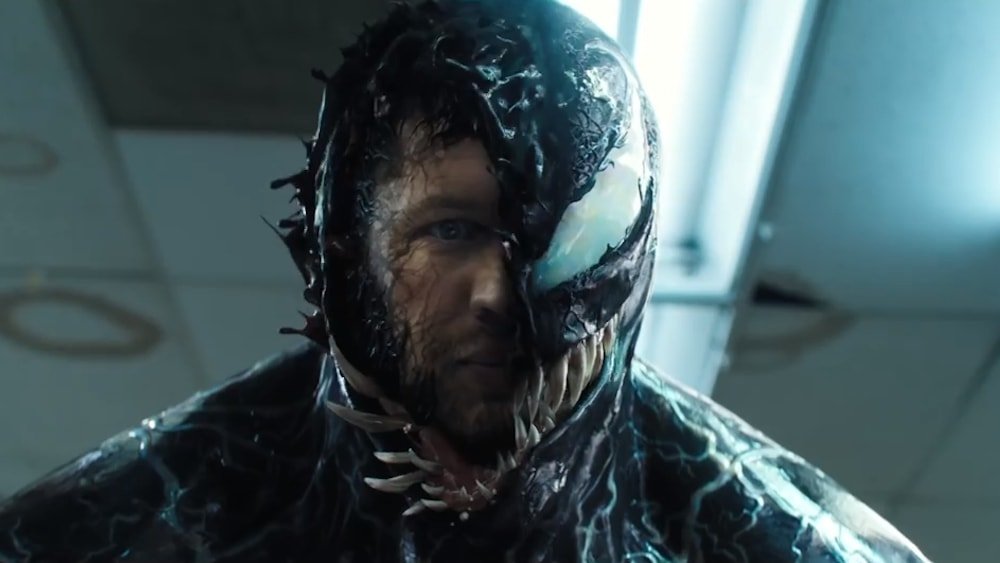 This is the third teaser or trailer we’ve had for Sony’s non-MCU Spider-Man spin-off film, and I still have a hard time believing that Venom is happening for real. But here we are, on an early Tuesday morning, watching a CGI Tom Hardy lick a man’s face. Needless to say, there is much to unpack here.

After that first Venom teaser showed, well, nothing, this new trailer shows it all. Not only do we see Eddie Brock as Venom in his full form, full body shot and all, but some symbiote-infused rivals as well. It looks like Riz Ahmed’s villain will suit up as Riot, so get ready to watch two differently colored CGI globs go at each other. Man, this trailer is freaky. Did you see that symbiote going for that dude’s crotch?

I’ve heard mixed things about the final bit of the trailer—it does exemplify Venom as a sadistic anti-hero pretty well, but those unfamiliar with the character’s personality in some of the comics aren’t fond of the humor. At least all of us are united in one aspect: none of us have any idea what the hell Tom Hardy is ever saying.