Heroes of the Storm had a pretty full year, and Blizzard is kicking off the New Year right with yet another character — the troll Zul’jin.

As the first troll in the Nexus he has some big shoes to fill, and even though he’s yet another Warcraft assassin, I think he’ll slot in nicely with the rest of the lineup. 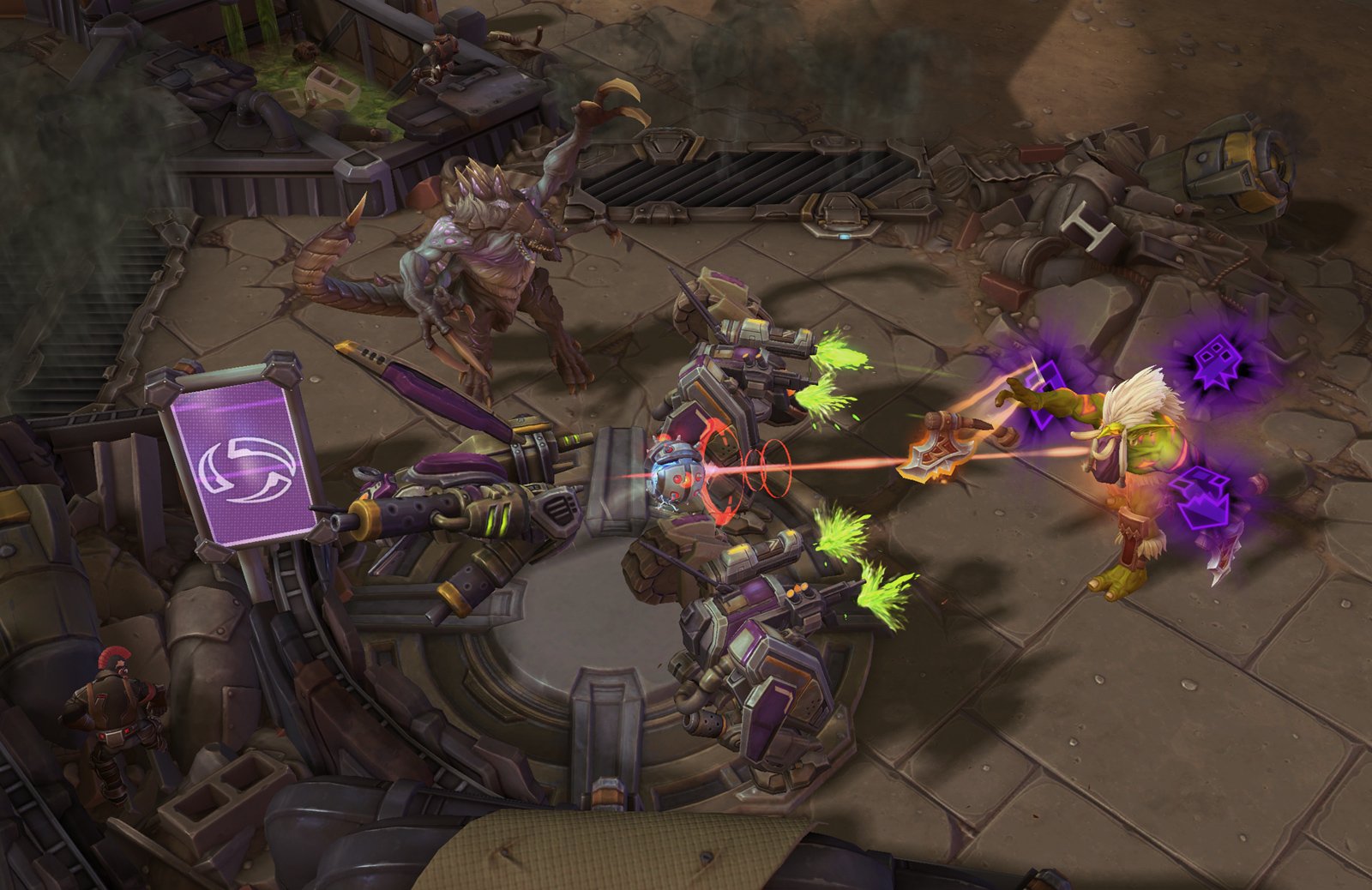 First things first, this is not the Zul’jin many of you remember and love from World of Warcraft. I have many fond memories of the Zul’Aman dungeon and going on Amani War Bear runs with my guild (which is in Heroes now too!), and the “missing arm mystic power” Zul’jin is a sight to behold — I know that.

But no, this one is based on his more muted Warcraft II incarnation, before the elves blinded him in one eye and he cut off his appendage to escape. It’s a bold move as a lot of younger folks probably haven’t even played the first two Warcraft games, but one that I can respect, because while Warcraft as a whole dominates Heroes, I can see why they wouldn’t want to cram WoW aesthetics into everything.

So how’s his kit? It’s built on constant combat, with only one defensive ability that can be interrupted by anything. He has a skillshot axe throw that marks enemies for more damage, a twin cleave toss that’s a sorta kinda but not really wave-clear ability, and regeneration, which heals him for 25% of his health pool over four seconds out of combat. His passive, Berserker, increases his attack speed based on his missing health, and can also be activated to increase his damage temporarily but drain HP.

Zul’jin is an interesting case, because supports might not necessarily want to burst heal him right away if he’s not getting focused when he could be doing more damage constantly living on the edge. For this reason, I found that Malfurion seems to be a nice pairing, as his heal over time primary spell (HoT) gradually increases his HP while allowing him to do more damage. Given that we’re in a sustain meta right now — where teamfights generally favor heroes that can last longer — Zul’jin has the potential to live longer on the backline if he’s given the proper support from his team.

Likewise, teaming up with Tassadar, a support that doesn’t technically heal Zul’jin up but can put shields down on him while he’s berserking could see some play, whenever Blizzard gets around to that Tassadar rework that puts him back into the meta (coming “soon”). Bloodlust will pair up nicely with its gradual heal (that was added in the last patch) and bursting him back after Taz’dingo (more in a second) could work too. So much to test out! One of my favorite things about him is his low cooldowns, fast pace, and the fact that you can keep his trait on constantly. In my matches he often gets (or approaches) top hero damage, but can be shut down death-wise.

Yet, Zul’jin can also be countered pretty easily, and if you have any sort of chase potential you can negate his regeneration. His ultimate, Taz’dingo, which makes him invulnerable for four seconds, seems good, but it also allows him to drop to 1 HP, so a well-timed Azmodan dunk or any sort of ranged attack (Chromie) can easily pick him off after the highly visible voodoo effect is gone. His other ultimate, Guillotine, will probably end up being picked in a lot of situations once people start to feel out the counters to Taz’dingo. I also noticed that he doesn’t have a whole lot of global influence or game-changing abilities (crowd control), so if the enemy evades his only slow and ignores him (thus not allowing him to do more damage when he has his lower HP pool), his impact on a teamfight can seem negligible.

I can’t say for sure how Zul’jin will end up on the overall winrate charts after a week, but I think it’ll be less than Ragnaros was recently. Unlike the Fire Lord, he has a much smaller waveclear footprint, and doesn’t have the benefit of bursting down camps with high survivability like Samuro, who can essentially press a button to teleport out of a bad situation if he’s getting ganked. Like Illidan, he might need to be babysat a bit to unlock his full potential in games with smart opponents.

Zul’jin players will need to really pay attention to the map as they can get stunned and blown out quickly by a pack of two or more, but alternatively if you catch someone out in the open one-on-one — Taz’Dingo! You dead, mon.