The next wave of characters for Bandai Namco’s Dragon Ball FighterZ should be with us before the end of May, according to scans in Japan’s latest V-Jump magazine.

DLC Pack 2, according to the article, will be arriving within the next couple of weeks, bringing with it the two recently-revealed fighters: Vegito Blue and Fused Zamasu. Vegito Blue, aka Vegito Super Saiyan God Super Saiyan, appeared in a trailer in which he was formed via the dick-smashing action of Goku and Vegita, leading to the creation of the almighty fighter.

Fused Zamasu is, of course, another blended character, created by the fusion of Future Zamasu and Goku Black, who himself is present-day Zamasu in Goku’s stolen body… I think. Both of these characters were capable of untold destruction in their source material, but who knows whether that will translate to the tag-fighter’s competitive scene.

DLC Pack 2, featuring Fused Zamasu and Vegito Blue should be available on PS4, PC and Xbox One by the end of May. 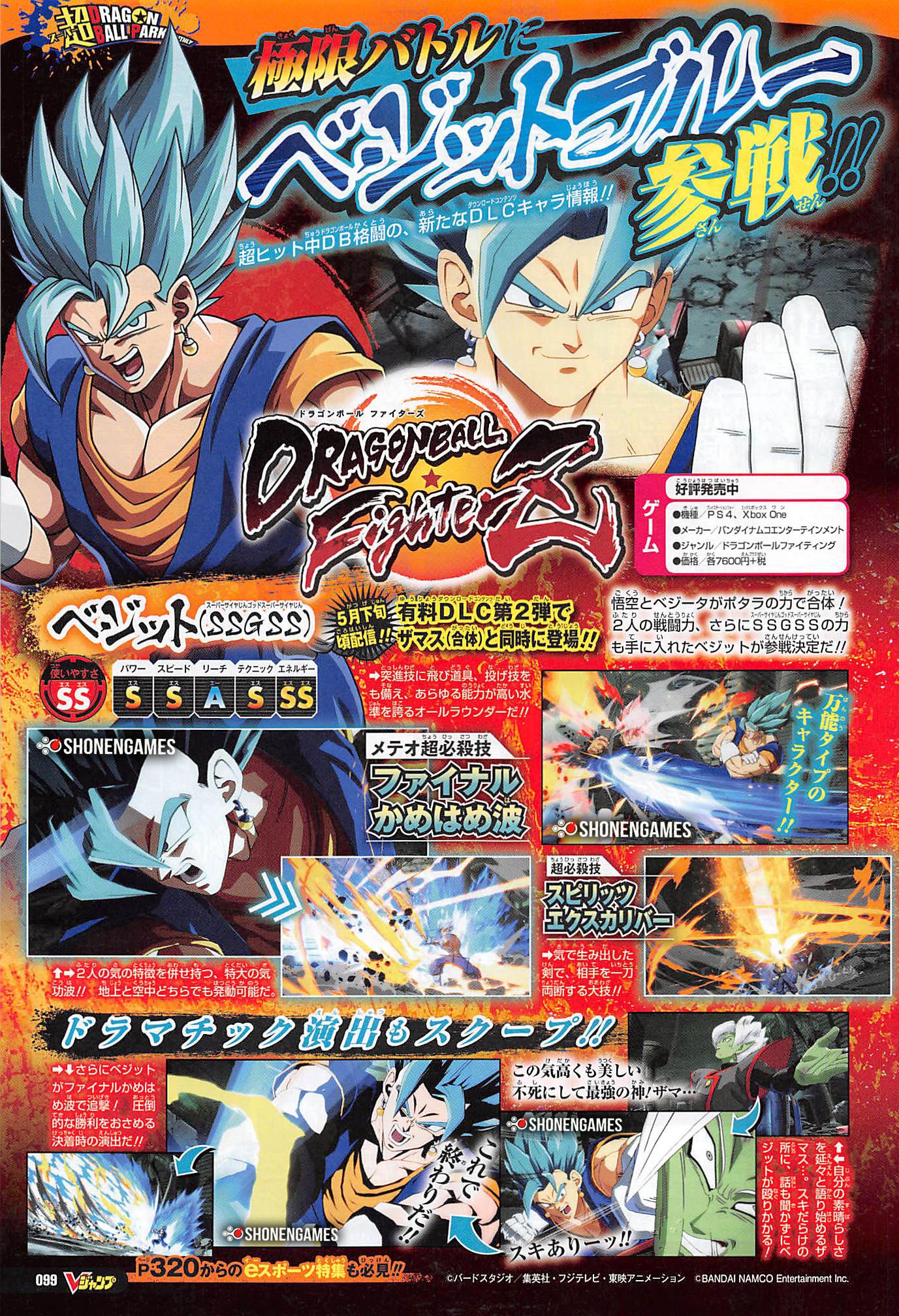